Michael Metge, Adrien Metge and Aravind KP of Sherco TVS are now 22nd, 23rd and 39th in the overall standings; Mena and Rodrigues are up to 9th and 17th overall. 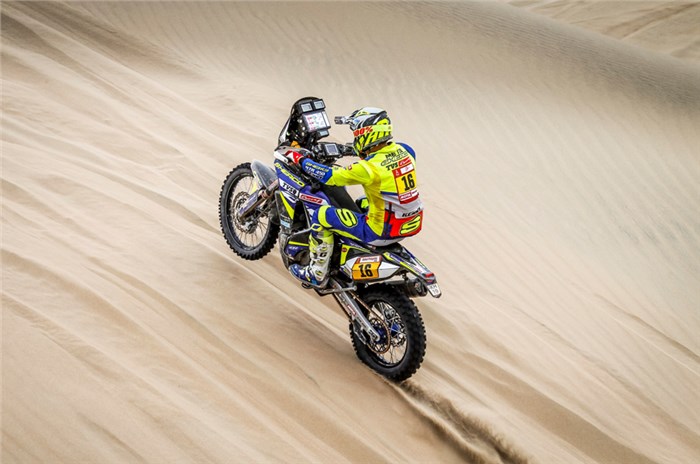 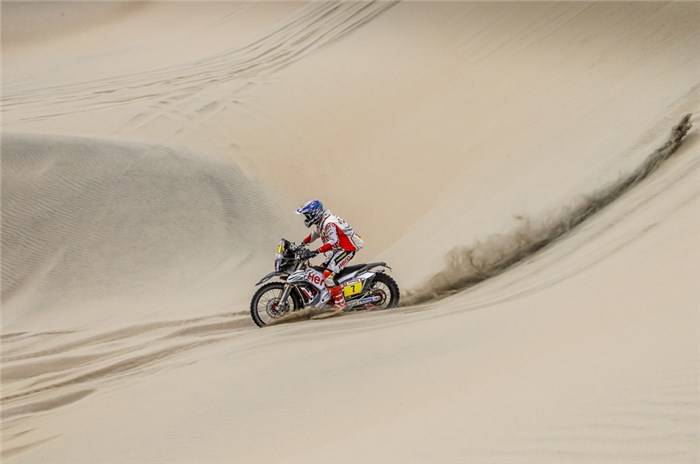 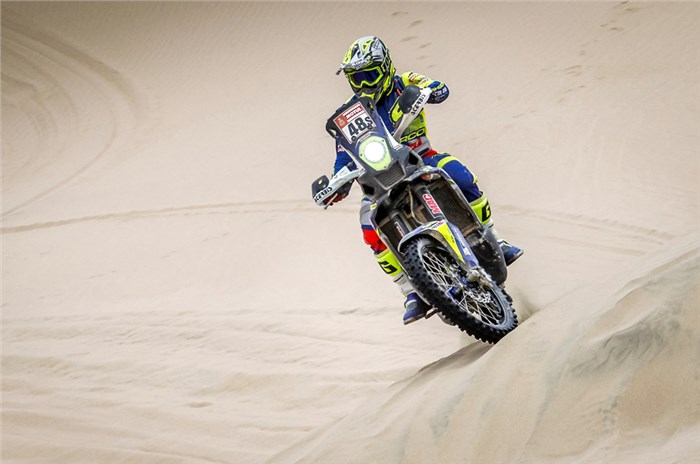 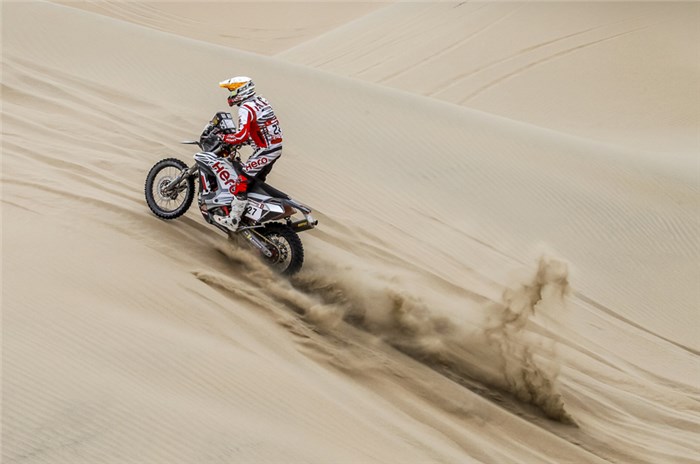 Stage 9, the penultimate stage of the 2019 Dakar Rally, presented competitors with a mix of dunes and soft gravel in Pisco. Also making the stage unique was a mass start format that saw competitors start in waves of 10 riders each.

Sherco TVS’ Michael Metge started in the second group and capitalised on his advantageous starting position to put in the fastest time of the stage, giving Sherco TVS its first Dakar stage win this year. He dominated the stage right from the start and finished 2sec ahead of 2nd-placed Daniel Nosiglia Jager. The stage win now propels Michael to 22nd in the overall standings.

Reflecting on the stage, Michael Metge said, “It’s an unbelievable feeling to win a stage at Dakar. The stage was challenging as there was lots of dunes and fesh-fesh. I started in the second line at the wave start and I pushed all the way through the stage. Soon I caught up with the first riders and I went past the leader quite quickly. Full credit [goes] to the team mechanics for preparing my bike, which has been performing beautifully in the sand dunes.”

Michael’s brother Adrien Metge approached the stage more cautiously after suffering a minor wrist injury the previous day. He managed to complete the stage in 20th place and is now just behind his brother in the overall rankings, in 23rd.

Aravind KP started off the stage strong – even leading his group for the first 190Km – but he ran into issues with his bike in the middle of the stage. With some help, he was able to restart his bike and finish the stage in 55th place to hold on to 39th in the general classification.

Over at Hero MotoSports, Oriol Mena and Joaquim Rodrigues also enjoyed a strong day. Mena continues to climb up the order and is now 9th overall after securing the 10th-fastest time of the stage. “I am happy with my stage today. It was a mass start and there were all kinds of things happening around me, like guys going in wrong directions, losing way points, engines breaking and so on. So I decided to shut myself off and do my own race with my own rhythm and flow. One more day in the book, and only one day to Lima,” he said.

After suffering a back injury in the previous stage, Stage 9 wasn’t going to be an easy one for Rodrigues; and to add to it, he suffered a crash in the middle of the stage. However, he managed to hold on and finish the stage in 18th place and he’s now 17th in the overall standings.

With just one more stage to go, the Indian contingent looks to be in a good position to bag a strong finish.