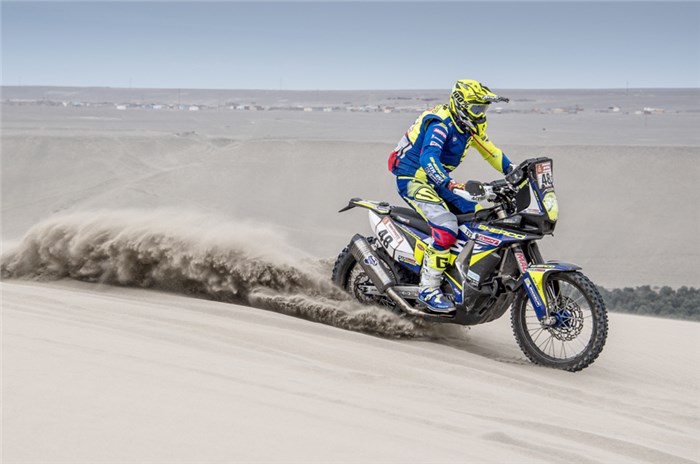 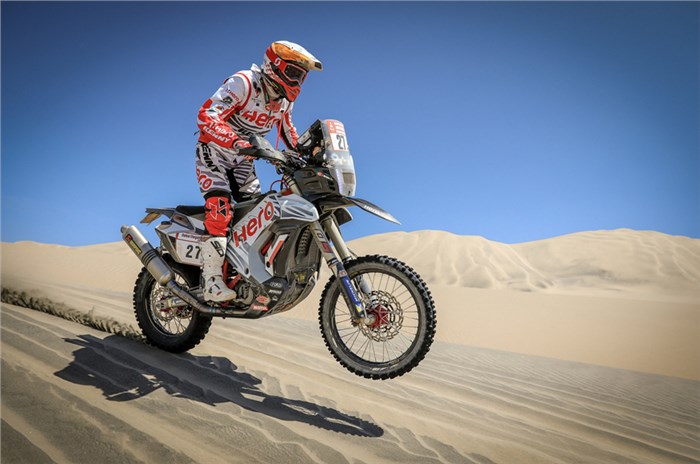 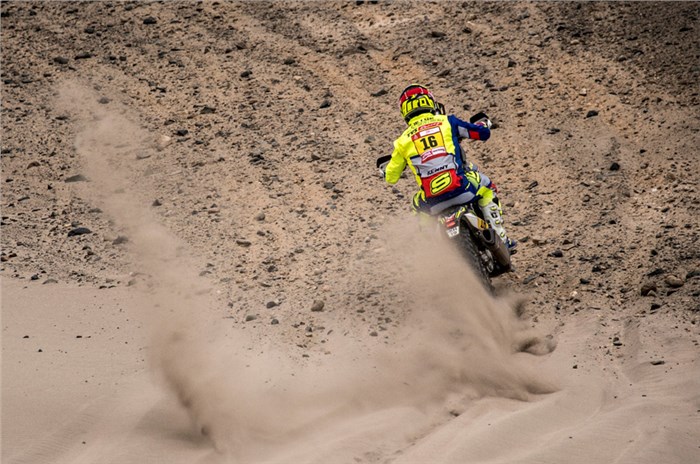 As the 2019 Dakar Rally nears the end, the conditions continue getting tougher. Stage 7 was delayed due to morning fog in San Juan De Marcona and once the competitors started going, they had to battle testing weather conditions, with sandstorms impairing visibility.

All three surviving Sherco TVS riders successfully completed the stage, with Michael Metge leading the way. The French rider looked like he was in trouble when he ran out of fuel towards the end of the stage. However, he was able to complete the stage in 15th place after assistance from Hero MotoSports’ Joaquim Rodrigues. He’s now 31st in the overall rankings, followed by his brother Adrien Metge, who completed the stage in 27th place after a fall resulted in his navigation equipment getting damaged.

Indian rider Aravind KP had a positive day and is making steady progress up the order. A 46th place stage finish has helped him gain two positions in the overall standings and he’s now up to 47th overall.

Rodrigues had received a 40min penalty overnight for missing a waypoint during the previous stage, bumping him down to 26th place in the overall standings. However, he put in a solid run to finish the stage as Hero MotoSports’ fastest rider, in 11th place, helping him climb up to 24th overall. His teammate Oriol Mena pushed hard in the initial part of the stage but then had to ease off a bit as the conditions got worse. A 13th place stage finish helps him retain 13th in the general classification.