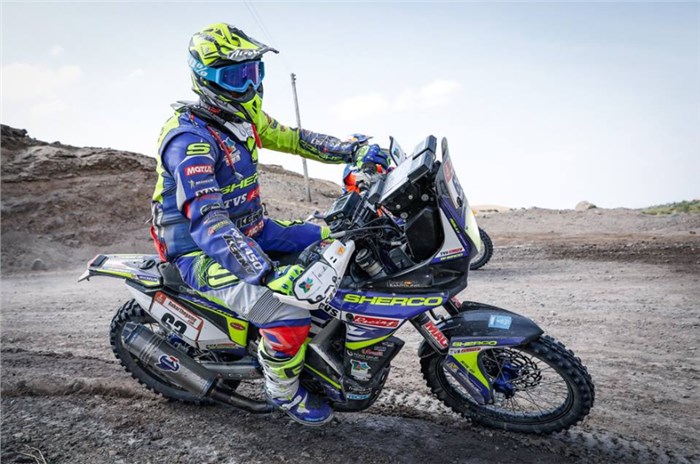 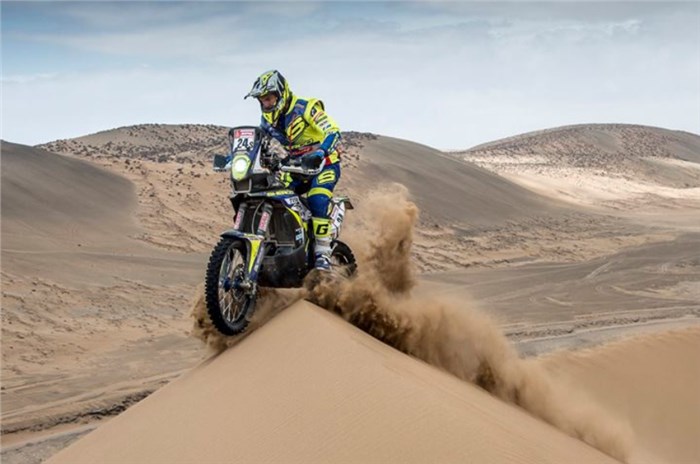 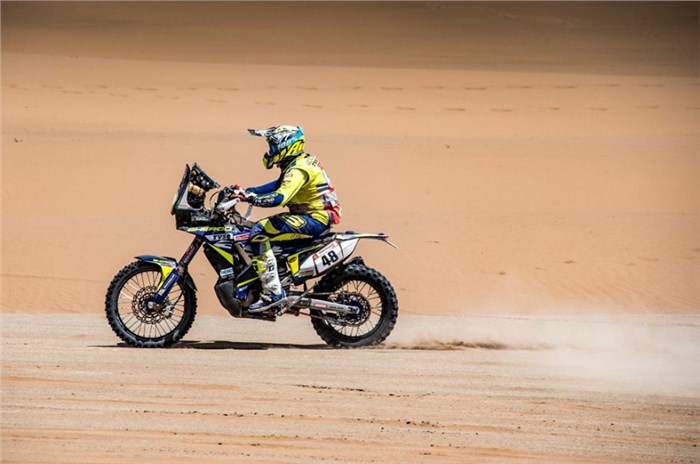 The Marathon stage of the 2019 Dakar rally resumed with Stage 5, consisting of the longest and most varied time sections of the event.

After clinching a top 10 finish in the previous stage, Sherco TVS’ Lorenzo Santolino enjoyed yet another strong stage, setting the third fastest time. The Spanish rider is now inching closer to the top 10 in the general classification with an overall 11th place after five stages.

“I completed the stage in a very competitive timing and this has given me immense confidence to push myself and my bike to maintain the momentum for the rest of the Rally. I am thankful to my team to have given me such an excellent bike. I am happy to be able to use the learnings from the team every day,” said Santolino.

Aravind KP, now the sole Indian rider competing in the 2019 Dakar Rally, also walked away with his best stage result so far this year. Despite a minor crash, he was able to recover and complete the stage in 53rd place, helping him leap up to 54 in the overall standings.

Reflecting on Stage 5, Aravind KP said: “I am delighted to reach the halfway mark of Dakar 2019 but I need to keep the momentum going as there is a long way to go to the finish line. This stage was the toughest but having cleared it, I feel more confident to take on the second half of Dakar 2019 and make my team proud.”

Adrien Metge was running strong but lost some crucial time after suffering a crash near the last waypoint. A 24th place stage finish leaves him 16th in the overall ranking. His brother Michael Metge rode cautiously to complete the stage in the 29th place and is now 24th overall.

Hero MotoSports endured a testing day with all three of its riders suffering crashes. The first casualty for the team came when CS Santosh suffered a brutal crash between waypoints 4 and 5, bringing an end to his fifth Dakar campaign. The Indian rider was airlifted to a hospital and the team has reported that he is in stable condition.

Oriol Mena and Joaquim Rodrigues were able to recover from their crashes to finish the stage in 16th and 18th place, respectively. As a result, Mena is now behind Santolino in the overall standings – in 12th place – while Rodrigues is 28th overall.