After 15 consecutive seasons, JK Tyre will step aside as the Madras Motorsport Club takes up title sponsorship of the national racing championship. 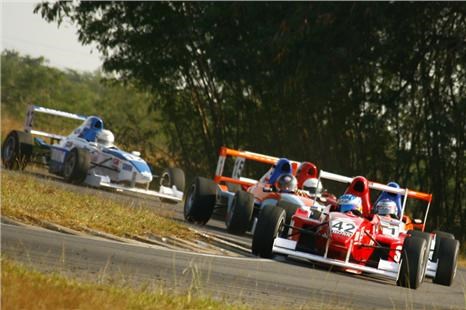 After being the cornerstone of Indian motorsport for the last decade and a half, the JK Tyre National Racing Championship will not return to the race tracks for the 2013 season, Autocar India can reveal.

Recognising that the national championship requires a neutral sponsor to attract more categories and additional sponsors, FMSCI has decided that the Madras Motorsports Club (MMSC) will take over as title sponsor this season onwards.

Single-seater classes will include the MRF Formula 1600 and LGB Formula 4 while tin-tops will consist of Indian Touring Cars and Indian Junior Touring Cars in addition to the two one-make series – VW Polo Cup and Toyota Etios Motor Racing, although it is likely that the manufacturer-backed series won’t be classified as national championships.

With the Toyota EMR running on MRF tyres and VW Polo Cup using JK rubber, it would have been impossible to run the Toyota series under JK banner, or vice-versa. It would have necessitated multiple championships and distorted the already wiry structure of national motorsport even further. This move will ensure that all Indian four-wheeler championships race under the same banner, like they did at the one-off Sidvin Festival of Speed in December 2012.

The opening round for the MRF 1600, IJTC and ITC is set to run from February 8-10 at the Chennai Circuit as part of the MRF Challenge, while the remaining rounds will commence June onwards, the three aforementioned categories being joined by the LGB Formula 4 and the two one-make tin-top championships.