Last year, Santosh became the only Indian to participate and complete the Dakar, finishing 36th in bike classification. 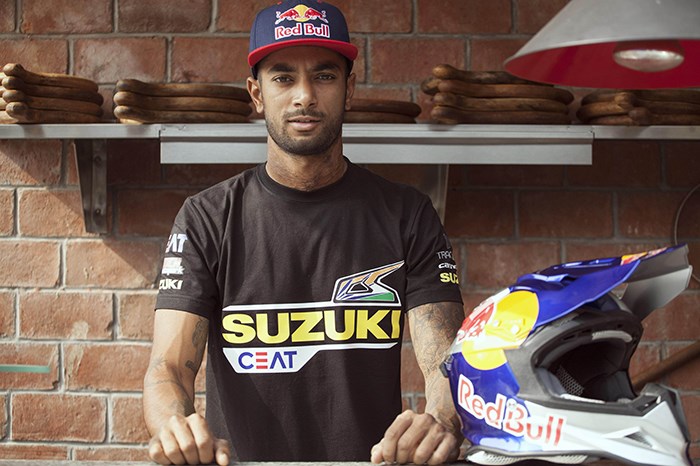 Indian off-road maestro CS Santosh will be competing in the 2016 Dakar to be held from 3rd – 16th January next year.

Last year, Santosh became the only Indian to participate and complete the Dakar, finishing 36th in bike classification after having run in the top 15 early on.

In 2016, he is hoping to raise the bar and improve and outperform the fierce competition in the most difficult and dangerous rally.

“I'm looking forward to adding a second Dakar under my belt and to be competitive for a good position at the end of those 15 days racing. I am thankful to Red Bull India and Ceat Tyres, for their support and encouragement for making this adventure possible,” said Santosh.

Like previous editions, 2016 Dakar continues to pose formidable challenges for the participants. The rally will run over a total distance of over 9,000 km out of which over 4,500 km will mark the 13 competitive stages that will be run against the clock. Making things even tougher for riders like CS Santosh, are the two marathon stages in which no outside mechanical assistance will be allowed at the end of the day. This means, after a long hard day of riding, the riders will have to service and repair their bikes without any help. The 2016 Dakar starts from Buenos Aires and finishes in Rosario -- the hometown of iconic Argentinean footballer, Lionel Messi.

The 2016 Dakar will spend two nights above 3,200 metres (approx 11,000 feet). On the 5th competitive section, riders will have to deal with several high passes on their way to Bolivia, including a crossing at 4,600 metres (over 15,000 feet), which will be the highest point of the Dakar story in South America so far. With Peru not on the agenda for the 2016 Dakar, the organizers of the rally-raid have introduced several new sections that will pose severe navigational challenges for the riders, who are first out on the tracks ahead of the quads, cars and trucks.

A total of 152 moto riders will come under the starter’s orders on the departure ramp at Buenos Aires. CS Santosh has been allocated competition number 56 for this 2016 Dakar, which is the same as last year. The Indian ace will be blazing new trails in the toughest race on the planet astride a Suzuki 450 Rally, which has been specially prepared to survive the rough challenges of the 2016 Dakar, instead of the KTM 450 Rallye Replica he rode last year.