CS Santosh’s best effort to salvage a strong result came to naught as he dropped out of the rally after terminal mechanical issues. 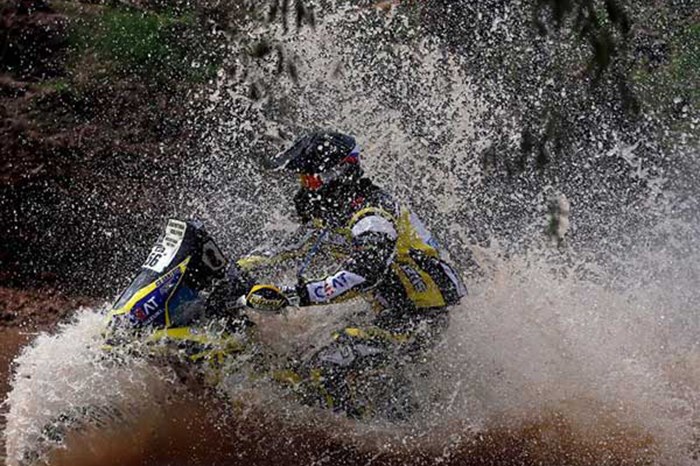 After staging a heroic recovery following a difficult start to his second crack at the Dakar, CS Santosh’s best effort to salvage a strong result came to naught as he dropped out of the rally after terminal mechanical issues on Wednesday’s marathon stage.

A broken navigation tower – essentially a mount which houses a scrolling road book of the stage was the first issue, without which navigating the vast expanse of Dakar stages becomes impossible. As if that wasn’t enough, he also endured an electrical failure which ended up being the final nail in the coffin. With no outside mechanical assistance allowed in the marathon stage, Santosh suffered immensely as a result but persevered to make it to the end of the stage – crossing the line nearly three hours behind the leader.

It is definitely a huge setback given the amount of hard work and preparation goes into making it to an event like the Dakar, except that there is not much to do but look ahead and start preparing for the next one.

For the Sherco-TVS camp, things have been going at a decent pace, albeit they have been dropping places consistently after being third overall back on day two. Leading rider Alain Duclos is now running 10th, but it is still pretty close with the top 8 being covered by just 10 minutes.

In the car category, Sebastien Loeb continues to lead the Dakar, while his Peugeot teammate Peterhansel made it back to the runner-up spot, just under 5 minutes behind. Nasser Al-Attiyah worked his way up to third as well, in his Mini X-Trail.