Should the situation improve in China, Formula 1 and other concerned parties will look into holding the race later in the year. 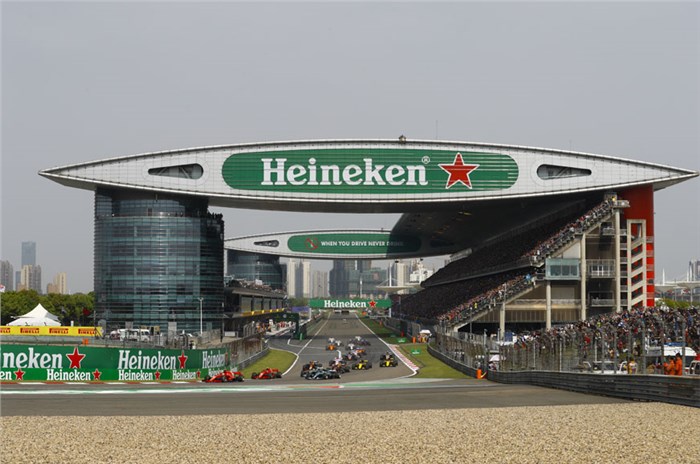 Formula 1’s governing body FIA (Federation Internationale de l’Automobile) has confirmed that the 2020 Chinese GP has been postponed until further notice due to ongoing concerns relating to the threat posed by the Novel Coronavirus outbreak. The race was originally scheduled to take place on April 17-19, 2020.

A statement released by Formula 1 states that the series and the FIA will work closely with the teams, the race promoter, Federation of Automobile and Motorcycle Sports of People's Republic of China (CAMF) and the local authorities to monitor the situation as it develops. Should the situation improve, all the concerned parties will look into the viability of potential alternative dates for the race, later in the year.

"The Chinese Grand Prix has always been a very important part of the F1 calendar and the fans are always incredible," the series said in a statement. "We all look forward to racing in China as soon as possible and wish everyone in the country the best during this difficult time."

The race’s promoter, Juss Sports Group, had officially requested postponing the Chinese GP after ongoing discussions with CAMF. With the World Health Organisation (WHO) just recently declaring the Coronavirus outbreak as a global health emergency, Formula 1 and the FIA jointly decided to accept the postponement request in order to “ensure the health and safety of the travelling staff, championship participants and fans.”

With this, Formula 1 follows in the footsteps of Formula E. The Sanya E-Prix was scheduled to take place in China on March 21, but the all-electric series has decided to postpone its race too. The last time a Formula 1 race was postponed was in 2011, when the Bahrain GP was cancelled due to civil unrest in the area.