Young Dean Mascarenhas (co-driver Shanmuga SN) from Mangaluru also came up with a sterling drive in his Volkswagen Polo to finish second overall. 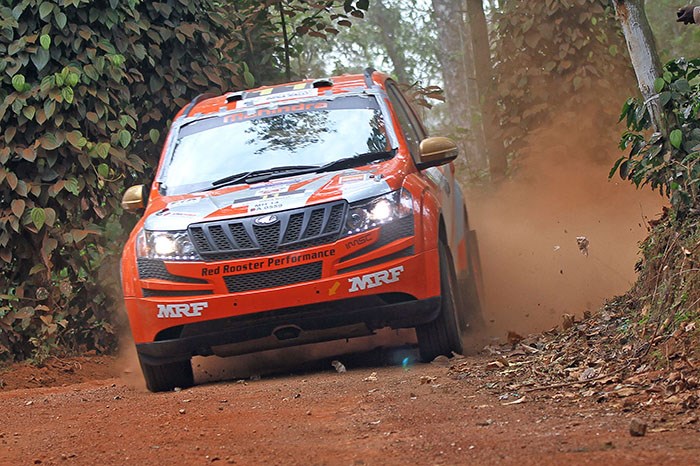 Gaurav Gill (co-driver Musa Sherif) of Team Mahindra Adventure came up with a controlled yet aggressive drive to take a sizeable lead at the conclusion of the Leg-1 of the Coffee Day India Rally.

While 34-year old Gill eased his way through the highly challenging and technical Special Stages to top the time charts clocking one hour, 58 minutes, 18.9 seconds, young Dean Mascarenhas (Shanmuga SN) from Mangaluru also came up with a sterling drive in his Volkswagen Polo to finish second overall in the FMSCI Indian Rally Championship.

Lohitt Urs (Shrikant Gowda) who is participating in the FIA Asia Cup that is being run concurrently and is also in contention in the IRC category, carved his way to Overall third after starting the day from 13th position.

Even as Gill consolidated his position, the battle of the day was between Mascarenhas and Karna Kadur (Vivek Ponnusamy) of Team Yokohama as the duo went neck-and-neck for positions in the IRC 1600 class. In the process, the two young guns pushed their respective VW Polo cars to the limit, providing plenty of thrilling moments for the spectators.

Equally impressive was veteran Rahul Kanthraj (Vivek Bhatt) of Team Yokohama who consolidated his lead in the IRC 2000 class while finishing the day over a minute ahead of Sumit Panjabi (Shahid Salman).

In the FMSCI Cup 1600 class, Druva Chandrashekar (Jeevarathinam) took a nearly two-minute lead over his nearest rival Raghunandan B (Roopesh Kholay) and looked set to clinch the title.