The Coffee Day India Rally 2015 will be held in Chikkamagaluru from December 11-13. 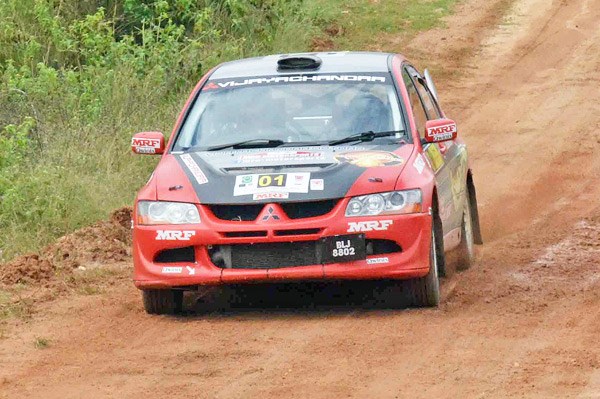 India is set to play host to an international rally with the fourth and final round of the FIA Asia Cup being held in Chikkamagaluru. The rally, branded the Coffee Day India Rally, will be held from December 11-13, 2015.

The fourth and concluding round of the FMSCI Indian Rally Championship (IRC) will be run concurrently in Chikkamagaluru while the Asia Cup is also a contender for a full round of the 2016 FIA Asia Pacific Rally Championship. The Asia Cup will be contested over 180km of Special Stages while the IRC participants will cover 120km besides the liaison sections. The Super Special Stage, to be run inside the premises of the Amber Valley School grounds on Friday, December 11 afternoon, will kick-start the event with the Special Stages scheduled for Saturday and Sunday.

This year, the rally route includes some new tight and twisty sections inside plantations belonging to the title sponsor Coffee Day Global and also Special Stages previously used before between 2006 and 2011.

Speaking at a media conference, Venkatesh M, director, Coffee Day Hotels and Resorts, said: “We are proud to associate with the FIA Asia Cup. The Coffee Day Rally has always received an overwhelming response from people all over the country and this year we look forward to creating a new level of excitement in the minds of the spectators and Indian sportsmen. While we aim to conduct the sport as per international standards, our association with Asia Pacific Rally Championship will put us on the global map. We look forward to putting this event together with our fellow national and international sponsors.”

“It is a dream-come-true for us at the MSCC. It was always our ambition to put Chikkamagaluru on the international motorsport map and we are happy that the dream has become a reality,” added Farooq Ahmed, chairman, FMSCI Rally Commission, and vice-president, Motor Sports Club of Chikkamagaluru.

The Coffee Day India Rally and the IRC are expected to attract a total of nearly 40 entries. The Asia Cup field will be headed by PG Abhilash and Lohitt Urs, both in the Mitsubishi Evolution cars, along with Arjun Rao Aroor who will be piloting the Volkswagen Polo (R2B). The IRC will feature its usual full grid headlined by reigning national champion Gaurav Gill representing Team Mahindra Adventure and driving the Mahindra XUV500 with the likes of Team Yokohama’s Rahul Kanthraj and Karna Kadur.