This will be Chandhok’s third attempt at the race with Murphy Prototypes and their Oreca 03R Nissan-powered LMP2 car. 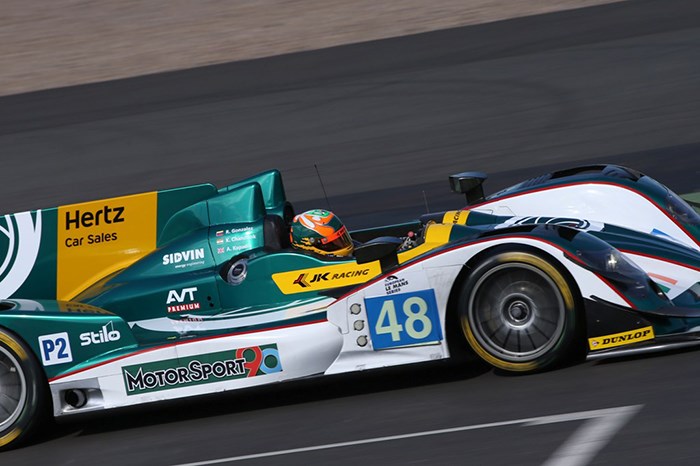 Indian racing driver Karun Chandhok will compete in the 2015 Le Mans 24 hours, scheduled on 13-14 June with a firm target of a podium finish at the iconic race.

This will be Chandhok’s third attempt at the race with Murphy Prototypes and their Oreca 03R Nissan-powered LMP2 car. He will be joined by GP2 driver Nathaniel Berthon and the experienced Mark Patterson.

The Le Mans Prototype 2 (LMP2) category this year is the most competitive it has ever been, with new cars from Oreca and HPD as well as a more developed Ligier. However the team is optimistic following a strong pre-season test at Paul Ricard earlier this month.

Chandhok commented, “Le Mans is one of the greatest races in the world and my ambition to be the first Indian on the podium is still burning strongly within. I am happy to be back with Murphy Prototypes as we have always worked really well together. Nathanael (Berthon) was very quickly up to speed last year and now has a year of sportscar racing under his belt and Mark (Patterson) has improved a great deal from when we raced together in 2013 so I think we've got a strong line up. We had a lot of speed and potential in the last two years there but the results didn't work out for variety of reasons. Hopefully third time lucky!"

Team owner Greg Murphy was excited about having Chandhok back with the team for another assault on the Le Mans 24Hours. He said “I'm really happy to have Karun back with us again. We work well together and we also drive each other mad, but it's because we have an equally strong ambition to succeed at the biggest race in the world.”

Chandhok, who has a highest finishing position of sixth, will return to the La Sarthe circuit where the race traditionally starts at 3pm on a Saturday and finishes at 3pm on the Sunday.