The sole Indian outfit in the highly competitive Formula E grid could only muster eighth place out of 10 in team standings. 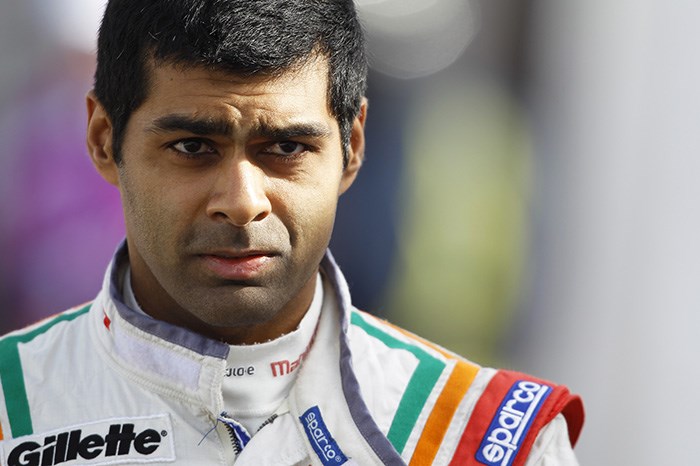 Having aimed for the top three slot before the season kicked off last year, the sole Indian outfit in the highly competitive Formula E grid could only muster eighth place out of 10 in the team standings.

The Indian was partnered with his former GP2/F1 teammate Bruno Senna –the Brazilian eventually outperforming him during the course of the season, albeit with inconsistent results.

Individually, Chandhok finished 17th in the drivers’ standings with 18 points while Senna was 10th with 40 points. Championship winner Nelson Piquet Jr. accrued a total of 144 points in comparison.

Team principal Dilbagh Gill said the driver line-up will be announced on August 10.

"We are very close to deciding on the drivers for the upcoming season. We have tested with a lot of exciting drivers in the past one month and we are evaluating who is best for the team. Whoever comes on board, the bottom line is performance of the team. Last year was disappointing to be honest. We did not perform to our capabilities. It wasn't acceptable to anyone in the team," Gill told news agency PTI.

After starting the season on a promising note with a fifth place finish at the season opener in Beijing, followed by a sixth place at Putrajaya in Malaysia – Chandhok had a dismal run, remaining pointless over the remaining nine rounds. Like in Formula 1, top ten finishers score points in Formula E.

In comparison, his teammate Bruno Senna fared just marginally better, finishing in the points four times – with a best result of fourth at the season finale at Battersea Park in London. He had three DNFs (retirements) which cost him a few points compared to Chandhok who had just one DNF throughout the season but was simply on the backfoot especially in race pace.

"It is looking increasingly unlikely (that I will carry on with Mahindra Racing). Obviously season one was a disappointment for us after a good start. We seem to have differing thoughts on what direction the team needs to go in to improve in season two.

"Ultimately Dilbagh Gill has decided he wants to experiment with some changes to the overall team and from my side I am going to step away and spend the next few months refocussing on my options in sportscar racing and also some new projects," said Chandhok.

In the first half of the season, Chandhok managed to outqualify Senna through the first five races but the second half of the season was particularly brutal for the Indian. The definitive low came at the Berlin ePrix in May, where the Indian qualified P20 and last – 1.2 seconds off the pole time in a trouble-free session.

There were several crashes for the duo during the course of the season as well, often costing them grid positions and points.

Mahindra Racing has also snapped ties with Carlin Racing, who ran the team operations in the inaugural Formula E season – replaced by Spanish squad Campos Racing. The team has already completed tests with the new personnel and the brand-new Mahindra M2ELECTRO Formula E contender. For season two, the car will run a new electric motor and gearbox developed by the Indian manufacturer along with a modified rear suspension among other upgrades.