The Indian driver has signed up with the Murphy Prototypes LMP2 squad for 2013 edition of the event. 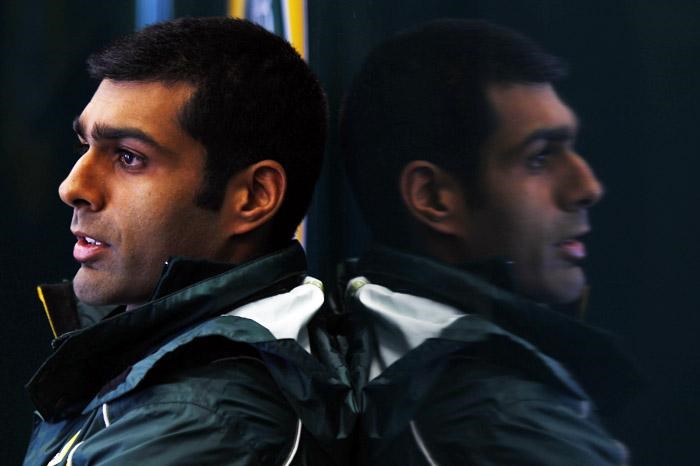 Chandhok, who is also racing in this year's FIA GT Series with the Seyffarth Mercedes team, said: "I've made no secret of my desire to get back in a prototype for Le Mans, so I'm very happy with this drive.

"Brendon and I are two pretty good gold-rated drivers, and I hear good things about our silver, Mark.

"Murphy was competitive last year and there are some good people in the team. If I could be the first Indian driver on the podium at Le Mans, that would be a big story for me."

Team owner Greg Murphy explained that he had been put in contact with Chandhok by his former Formula 3 team boss Russell Eacott, whose T-Sport squad formerly ran out of the Brackley premises now occupied by Murphy Prototypes.

"With this line-up I genuinely expect to be up there challenging in P2 again at Le Mans," said Murphy. "Having led for five hours last year, we very much feel that it is unfinished business for us."

Hartley and Patterson, who notched up a second place in yesterday's British GT Championship opener at Oulton Park, will drive the Murphy ORECA at the European Le Mans Series opener at Silverstone on April 13.

The team has yet to define its line-up for the remainder of the season.

Murphy has put together his own team structure for 2013 after running with the RLR Motorsports squad last year.