Vicky Chandhok has been re-elected as the FMSCI president while eight Indians have been nominated to various FIA global commissions. 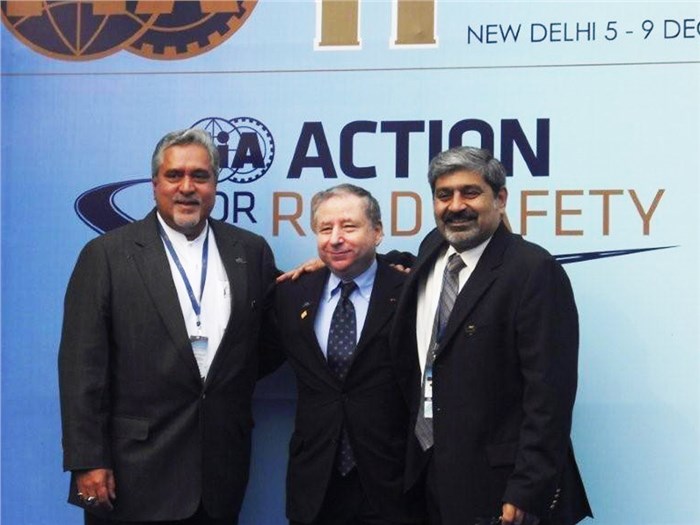 On the back of success of the inaugural Indian Grand Prix – the highlight of a landmark year in Indian motorsport – Vicky Chandhok has been re-elected President of the FMSCI.

The FMSCI (Federation of motorsport clubs of India) is the controlling body for motorsport in India and Chandhok has been pushing to involve more Indians in the FIA, the International Federation for motorsport. Thus for the first time, eight Indians have been nominated to various global commissions of the FIA, ensuring that they continue to contribute to the growth of Indian motorsport.

Chandhok said, “2011 was a historic year for Indian motorsport as we hosted our first ever F1 Grand Prix and the year ending FIA AGM and the Awards Gala. It is imperative that we continue to develop the sport and the infrastructure.”

“It is very important for India now to be seen as a team player and therefore all people nominated to the commissions are delegates with experience and people that can contribute to the running and administration of global motorsport”, he said emphasising on India’s rising stature at world level.

Clarifying that the big picture would still be focussed on India, he continued, “ While it’s important to contribute to global motorsport, our delegates however need to strike a balance to ensure India benefits as a motorsport destination from the appointments of various Commissions.  This worked very well in the case of Formula 1 where years of solid interaction finally resulted in the Olympics of motorsport coming to India. Similar are the goals for our various delegates in these commissions.”

Following the success of the Indian GP, another landmark was New Delhi hosting the annual FIA Awards Ceremony, held outside of Europe for the first time, in addition to the FIA Annual General Assembly.

Chandhok stressed on the need for the FIA and FMSCI to work together even outside the realm of motorsport, citing the ‘action for road safety’ campaign launched by the FIA last year. “The FIA were very keen that the FMSCI align with some of the aspects of road safety in India”. Given the high rate of road accidents in our country, it may turn out to be FIA’s most beneficial initiative beyond motorsport.

The eminent figures from Indian motorsport have been nominated to global FIA commissions are: