Max Defourny and Patrick Pasma ended the season 2nd and 3rd in the overall standings. 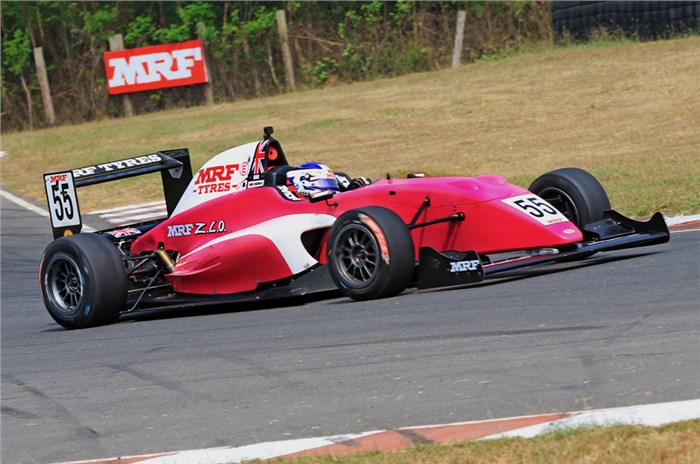 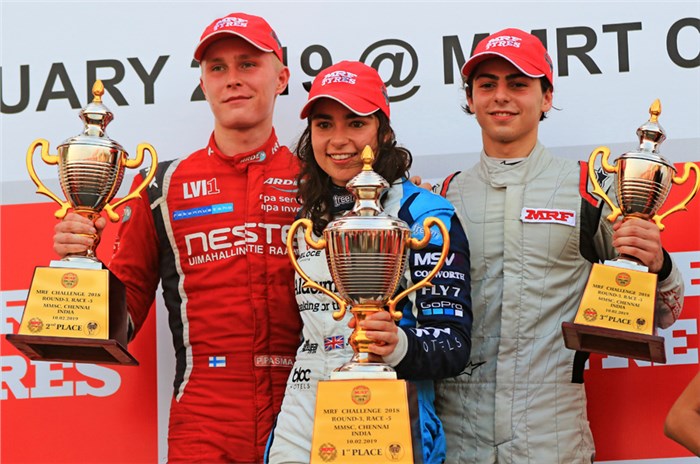 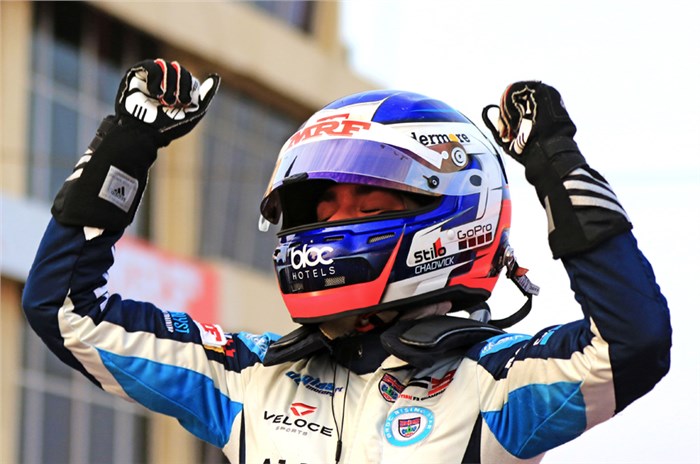 Jamie Chadwick became the first female driver to win the MRF Challenge with three wins from five races at the championship’s finale last weekend at the Madras Motor Race Track on the outskirts of Chennai.

The 20-year-old Briton had gone into the weekend 18 points behind erstwhile championship leader Max Defourny. But even as the Briton hit her stride, the Belgian faltered when it mattered. After winning three races over the two previous rounds in Dubai and Bahrain, the best that Defourny could manage over the weekend at Chennai was 4th place.  As a result, Defourny finished runner-up with 243 points to Chadwick’s 280 in the overall standings. Finland’s Patrick Pasma – winner of the two other races at the MMRT – ended the season 3rd in the standings.

“It (winning the championship) hasn’t sunk in yet,” said Chadwick, who became the British Formula 3 championship’s first female winner last season. “I would like to thank my team too and am happy that everything came together this weekend. I came into MRF Challenge for some experience and exposure, and not to win the championship. But after winning three races in Bahrain, I realised I was in with a chance and so went for it this weekend.”

The MRF Challenge has established itself as a serious winter series for junior single-seater drivers from around the world to keep their skills sharp over the off-season. Past star-draws have included FIA European Formula 3 champion Mick Schumacher as well as Red-Bull-backed Dan Ticktum.

Chadwick had marked herself as a talent to watch out for even before her MRF Challenge success. In 2015, she became the first female driver to win a British GT championship and last year, she became the first woman to win a British Formula 3 race. She is also on a shortlist of 28 female drivers who will go through a final series of trials to compete in the new all-women W Series.