Rins executed a well thought-out move at the very last corner of the race to take victory by just 0.013 sec. 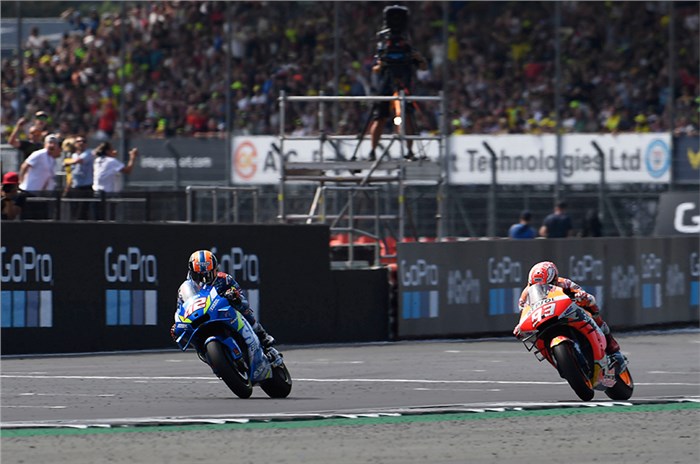 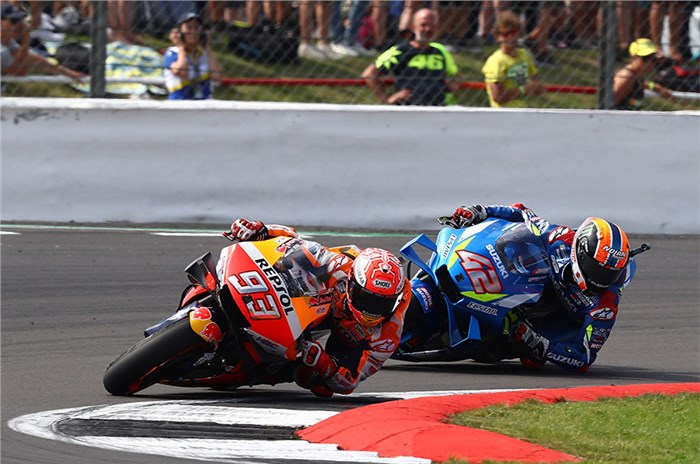 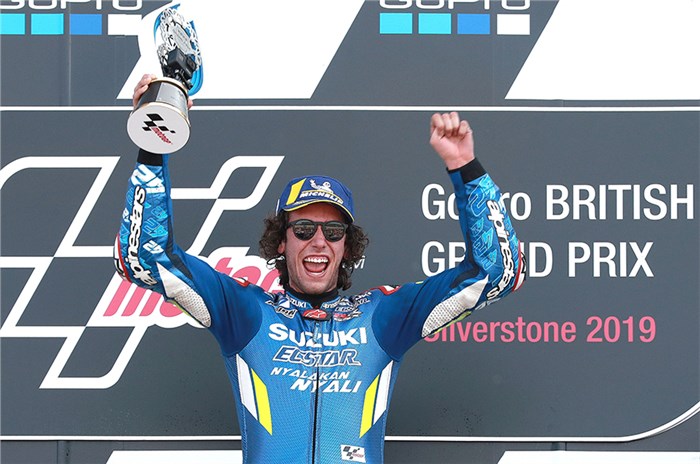 For the second time in a row, Marc Marquez has had a win snatched away from him at the very last corner - In the Briitsh MotoGP race at Silverstone, Alex Rins was hot on the tail of Marquez for almost the entire race, before executing a racing-winning move at the very last corner. Rins pipped Marquez to the finish line by just 0.013 sec, making this the fourth closest premier class finish. A second place finish sees Marquez extend his lead in the championship to 78 points as Ducati’s Andrea Dovizioso (2nd in the overall standings) crashed out at the very first corner.

As the lights went out at the start of the race, Marquez held onto the lead after starting on pole. Fabio Quartarraro fell behind after starting 3rd and took the outside line going into the first corner. Unfortunately, he lost the rear and high sided right in front of Dovizioso whose race ended with a violent crash into Quartarraro’s Yamaha. The incident pushed Rins, who started 5th, up to 3rd place, right behind Valentino Rossi.

Just a couple laps in, Rins successfully moved past Rossi and from then on, shadowed Marquez for the rest of the race. The Spaniard moved into the lead on lap 9 for just a few corners, but Marquez was able to swiftly re-take the lead. Just when it seemed like Marquez had this one in his pocket, a spectacular last two laps from Rins set the Suzuki rider up for a last corner move that put him across the line just 0.013 seconds ahead of the championship leader.

Tito Rabat fell on lap 6, but managed to get back on his bike and finish in 16th place on his Avintia Ducati. Takaaki Nakagami, who was in contention for a top 10 finish, also suffered a similar incident and ended up finishing down in 17th. Meanwhile, Aleix Espargaro rounded off the list of DNFs after a mechanical issue on his Aprilia ended his race with just a lap to go.