The announcement brings to an end a saga that has run since Rosberg announced his shock retirement days after winning the 2016 world championship. 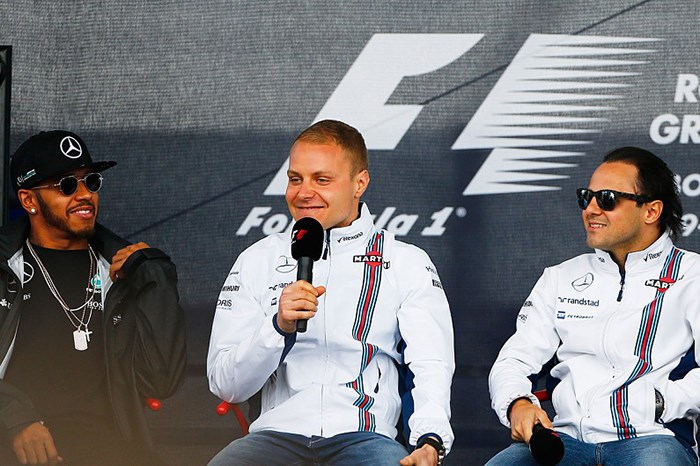 Williams has announced it is releasing Valtteri Bottas to join Mercedes with Felipe Massa reversing his decision to retire from Formula 1 to replace the Finn.

It brings to an end a saga that has run since Nico Rosberg announced his shock retirement just days after winning the 2016 world championship.

Bottas quickly emerged as Mercedes' leading candidate to partner Lewis Hamilton but the discussions ran for several weeks before an agreement was reached.

With teenager Lance Stroll signed up for 2017, Williams wanted an experienced driver if it was to release Bottas, especially given the dramatic regulation changes for this year.

The Grove-based team also could not field a second young driver as that would cause problems with key sponsor Martini.

It is believed Williams was initially uncertain whether Massa would accept an invitation to return.

But after making contact and holding an initial meeting, an agreement for a one-year deal was swiftly reached.

"I am very happy to have an opportunity to return to Williams," said Massa.

"I always intended to race somewhere in 2017, but Williams is a team close to my heart and I have respect for everything it is trying to achieve.

"Valtteri has a great opportunity, given the turn of events over the winter, and I wish him all the best at Mercedes.

"In turn, when I was offered the chance to help Williams with their 2017 campaign, it felt like the right thing to do.

"I certainly have not lost any of my enthusiasm for racing and I'm extremely motivated to be coming back to drive the FW40."