Vizag driver notches up his first international victory in the British sportscar championship. 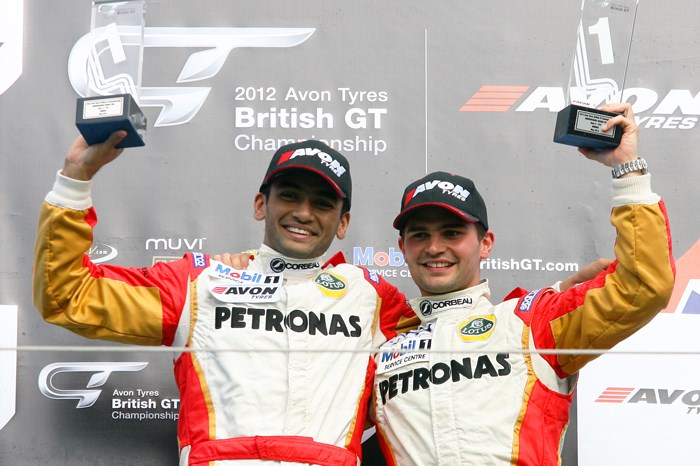 Indian driver Sailesh Bolisetti clinched his first international win at race two at the second round of the British GT championship at the Nurburgring circuit.

After starting the weekend on a positive note with his Lotus Sport UK team third and quickest in the two official practice sessions respectively, things went downhill as several technical gremlins prevented Bolisetti and his teammate Phil Glew from qualifying competitively.

The team was on the backfoot for race one even before the lights went out as Bolisetti spun out on the warm-up lap after a sudden drizzle hit the track while the car was on slicks. The impact with the barriers left the Evora GT4 in need of repairs which the team fixed up in time for race start. After the onslaught of troubles, the team was able to recover to finish fifth.

Race two saw Phil Glew take the wheel for the opening stint, proceeding to battle all the way through with the front-running Ginetta’s for the lead, just managing to keep them behind.

He then pitted from the lead for the mandatory pit stop just past the 30-minute mark, giving Bolisetti the task of keeping the victory challenge alive.

“When Phil handed me the car from lead, the first thought in my mind was to preserve it and try to keep the opposition behind and the car out of the barriers.

“The margin was slim but we managed to turn the car around in pits quicker than our competitors so I had a little more breathing space.

Soon after, one of the Ginetta’s retired from the race due to a mechanical issue – giving Sailesh further leeway to hold on to the lead. From then on it was just a matter of maintaining the cushion.

Finally, Sailesh crossed the finish line 27 seconds in the lead from the second-placed Ginetta, clinching his maiden victory in the series.

“The team really deserved this given the tough weekend we had, they were extremely patient and throughout despite all the setbacks", he said.

The next British GT round is scheduled at Rockingham on 9th June.