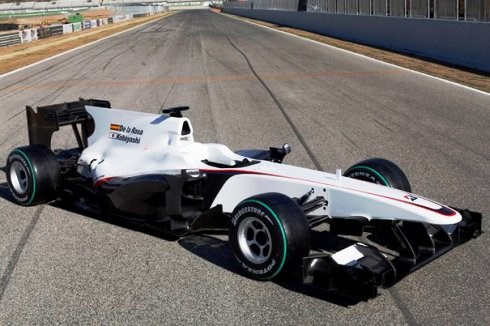 BMW Sauber has revealed its 2010 contender and this is the BMW Sauber C29 - a car as striking for its near all-white livery as its design.

The car, which will be powered by Ferrari engines this season, is the first machine from the Swiss squad following the exit of BMW from the sport at the end of 2009.

Peter Sauber, who sold his team to BMW in 2005, is now back in charge of the Hinwil-based squad following the German car maker's exit.

The new C29, which sports a shark fin similar to the one used by McLaren and Renault on its new car, will be driven by Pedro de la Rosa and Kamui Kobayashi.

"The last few months have been very intense for us," said Sauber. "First we had to battle to secure the survival of the team and then we focused on putting a strong set-up in place for the future. The technical preparation of the 2010 car has continued uninterrupted and according to plan since the spring of 2009, despite all the turmoil."

De la Rosa, returning to racing after seven years as McLaren's test driver, said, "At last I can feel like a proper racing driver again. I've really missed the competition out on the track."

Kobayashi, who made his F1 debut late last year with Toyota, added, "I'm very proud that Peter Sauber has shown so much faith in me and I'm determined not to disappoint him. My aim is that he will end up being proud of me as well."