Bird moves into the lead of the drivers’ standings, while Wehrlein hands Mahindra Racing its third podium finish in as many races. 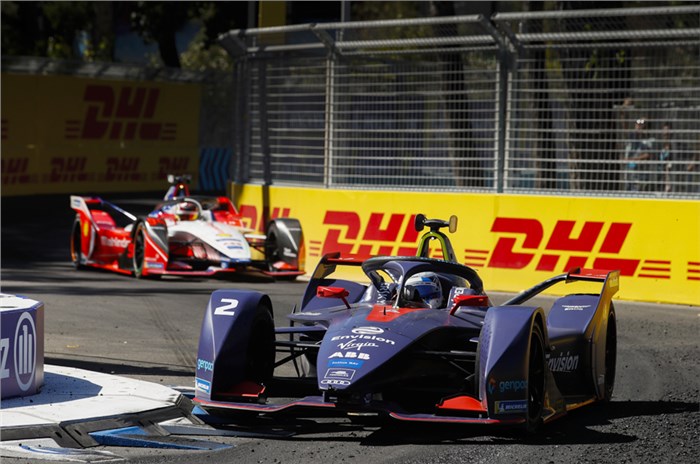 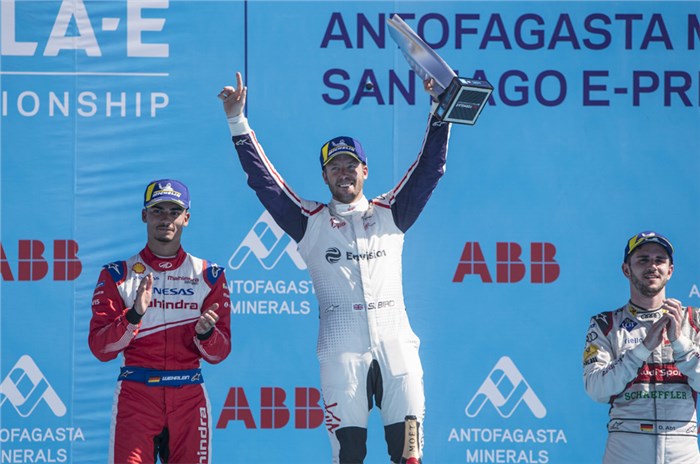 Virgin Racing’s Sam Bird clinched victory at the thrilling Santiago E-Prix after polesitter Sébastien Buemi crashed out of the lead. The attrition-heavy race saw a slew of retirements, with only 14 drivers crossing the chequered flag.

The Santiago E-Prix served up drama even before the race kicked off, with initial polesitter Lucas di Grassi being demoted to the back of the grid after he was found to have used his brakes more than what is permitted in the in-lap. As a result, Buemi started the race from pole and maintained that lead in the early stages of the race, with Pascal Wehrlein, Daniel Abt and Bird behind him.

Elsewhere, Jean-Éric Vergne dropped to the back of the field after his DS Techeetah teammate André Lotterer ran into the back of António Félix da Costa’s car, who in turn hit Vergne. Bird decided to use his attack mode early on in the race and used the extra 25kW to pass Wehrlein for 2nd place into the first corner with 30min to go.

The race then raw two full-course yellow periods – the first of which was deployed after Max Guenther’s Dragon Racing car stopped on track with 25min left. Soon after, Stoffel Vandoorne understeered and hit the barrier on the exit of Turn 3 while defending; a full course yellow had to be deployed once again to clear out the debris from the incident.

Racing finally resumed with 18mins to go and the top three drivers were running nose-to-tail. But then Buemi locked up while making his way through the Turn 7 right-hander and hit the wall. He limped his car back to the pits but the damage to the car ultimately forced him to retire. This handed the race lead to Bird, but he was under pressure as Mahindra Racing’s Wehrlein soon closed the gap to him and went on the attack with just a few minutes of racing left.

However, the heat and resulting high track temperatures started taking a toll on Wehrlein’s car and he had to back off to manage his battery temperatures. As a result, Bird managed to cross the chequered flag 6.4sec ahead of Wehrlein. It was nevertheless a strong race for Mahindra Racing, with Wehrlein’s 2nd-place finish giving the team three podium finishes in as many races – including victory at the previous race in Marrakesh.

The stewards decided to hand out a number of penalties after the race, significantly shaking up the final order. Alexander Sims crossed the line in third place but was handed a time penalty for causing a collision; in the final 15min of the race, Sims tapped Edoardo Mortara, causing the latter to spin at the exit of the Turn 8/9/10 chicane. The penalty resulted in Sims being demoted to 7th place in the final order, while Daniel Abt was promoted to the final podium spot. Meanwhile, Mortara managed to carry on and completed the race in 4th place, ahead of Robin Frijns and Mitch Evans.

José María López initially completed the race in 7th place, but was then handed a penalty for exceeding maximum power and dropped down to 9th as a result, behind Oliver Turvey. Meanwhile, Jérôme d’Ambrosio and Vergne were given a 5sec penalty for speeding under full course yellow conditions. The penalty didn’t impact Vergne’s race as he had already retired in the final minutes of the race, however, it did demote d’Ambrosio from 8th to 10th in the final order. As a result of the penalty, Bird has now moved to the top of the standings, just two points ahead of D’ambrosio.

Nelson Piquet took 11th, followed by di Grassi who was handed a time penalty for causing a collision with López.