Bangalore driver wins the second exhibition race of the series held in Race of Champions format in Gurgaon. 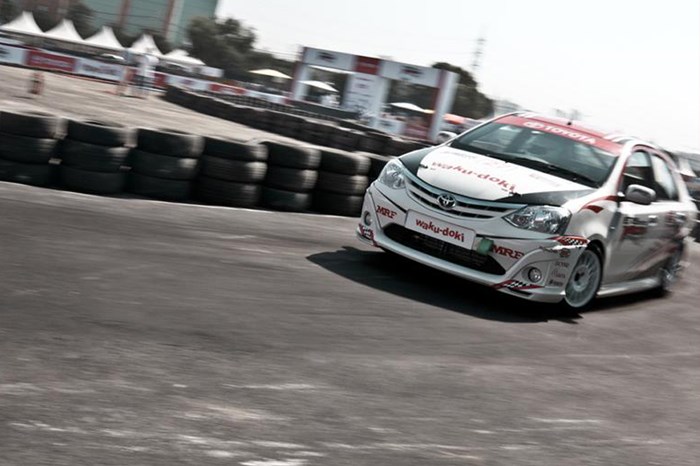 Binoy John emerged as the Etios Motor Racing champion at the second exhibition race of the Toyota-backed series which kicks off for a full-season next year.

The Bangalore lad who finished third in the EMR race at the Chennai circuit two months ago, saw off the challenge from 24 other participants racing in RoC-style knockout-format at a purpose-built track at the HUDA liesure valley in Gurgaon.