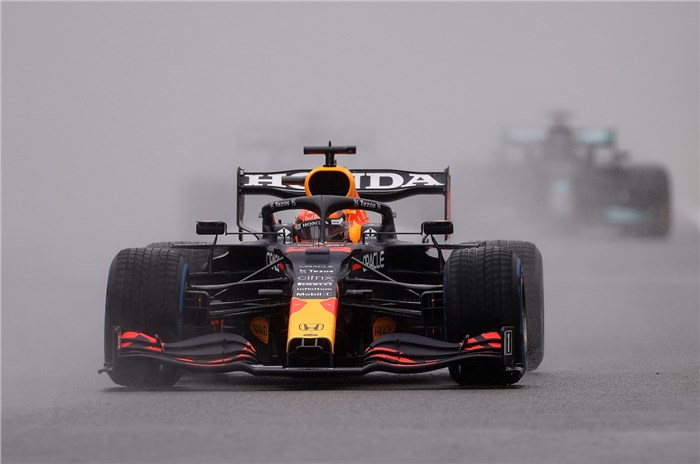 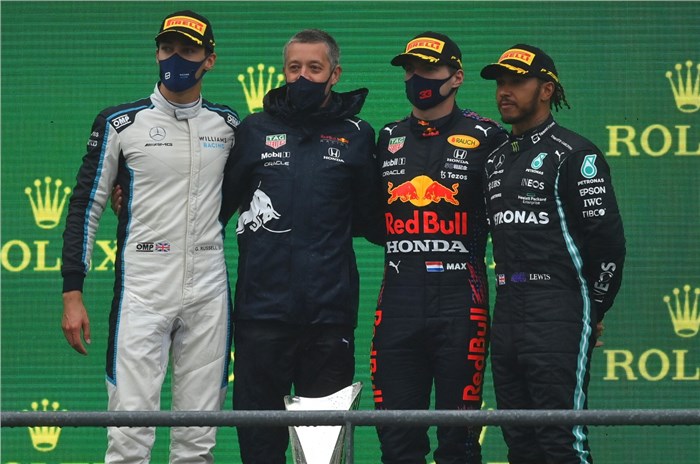 Max Verstappen won what was essentially an aborted Belgian GP, as heavy rainfall curtailed all running at Spa-Francorchamps. Only two laps of the race were run, that too behind the safety car, after lengthy delays. This meant the qualifying order essentially determined the race results and only half points were awarded to the top 10 finishers.

After a 25-minute delay, the Belgian GP initially got underway with formation laps behind the Safety Car. But with most of the drivers, except for polesitter Verstappen, reporting dangerously low visibility, the start procedure was suspended and the race was red-flagged.

A three-hour deadline usually applies to races, but Race Director Michael Masi decided to stop the clock at one hour to go, to allow some extra time to get the race started. This worked in the favour of Sergio Perez, who had crashed on his way to the grid early on. The delay allowed the Red Bull Racing crew to fix the damage on his car, and he was given the go-ahead from Masi to start the race from the pit lane behind Kimi Raikkonen.

Of course, with the rain showing no sign of slowing down, the entire field ended up starting from the pit lane, well over three hours after the scheduled start time. But only two laps followed behind the Safety Car before the race was red-flagged once again.

Verstappen: “It’s not how you want to win”

As per the rules, a minimum of two complete laps are required for a race to be classified for points. Since three laps were registered and taking note of the weather, it was announced that the race would not resume.

This handed polesitter Verstappen victory, but the Red Bull driver admitted that it wasn’t a very satisfying win. “Now in hindsight it was very important to get that pole position but of course it’s a big shame to not do proper laps, but the conditions were very tricky out there,” he said.

“Of course, it’s a win but it’s not how you want to win. I think for today, big credit goes to all the fans around the track to stay here the whole day in the rain, in the cold, windy conditions. So, I think they’re actually the bigger winners,” Verstappen added.

Since less than 75 percent of the race was completed, the top 10 finishers were only handed half points. So, Verstappen ended up earning 12.5 points for his victory.

George Russell’s tremendous qualifying performance paid dividends in the end, handing him his first F1 podium finish. “The whole team deserves it. We haven’t always been rewarded for our hard work, but here we are on the podium,” the Williams driver beamed.

With half points awarded, Hamilton still holds on to the drivers’ championship lead – by three points – over Verstappen.

Fans won’t have to wait too long to see some on-track action since F1 heads to Zandvoort this week for the long-awaited return of the Dutch GP.