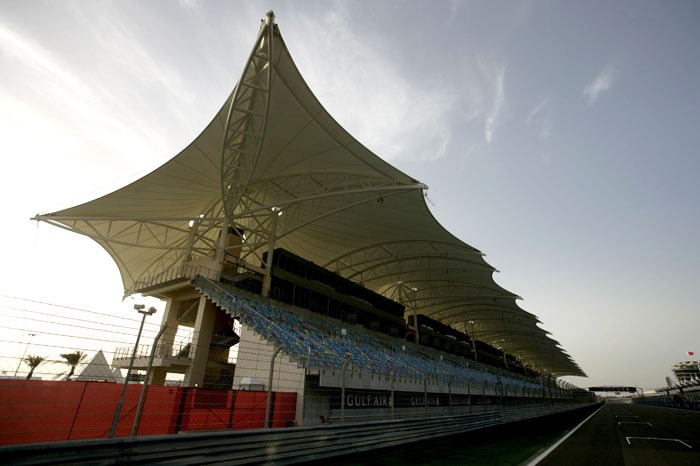 Bahrain's grand prix boss is totally confident that Formula 1 will not experience any problems at the event this weekend, despite fears in recent weeks about trouble from protestors.

F1 personnel began arriving in Bahrain on Monday ahead of its return to the calendar. And race chief Zayed Alzayani said in an exclusive interview with AUTOSPORT that any concerns the teams have will be eased as soon as people see the situation on the ground.

"Some are still sceptical but I think seeing is believing and when they come down and see how things are they will feel different," he explained.

"I just talked to [Red Bull team boss] Christian Horner and he has a team [of people] there already, and things are normal. They went out for dinner last night and everything is okay. Bernie [Ecclestone] said everything is fine.

"I have been around every team here [in China] and I think people appreciate what we have tried to do, keeping them in touch with what the actual developments are."

Alzayani added that he didn't want people to forget that his team was heavily involved in the decision to cancel the race last year.

"One thing most people bypass is that it was us that postponed the race last year," he said. "We weren't forced to do it: we did it because there were other things to do in the country and it was not the right environment to get people in.

"We have a nice image in Bahrain. We are known as a friendly race and we didn't want to force people to come there. Even when there was talk of reinstating the race [at the end of the 2011 season], there was a lot of talk about holidays [being lost in the shortened winter break] and we said we would sacrifice [the race] because we are a long-term player.

"But this year we are 100 per cent confident that we are good enough to host it. It was our choice last year and it is our choice this year. But they [the critics] don't seem to mention that: they say the race was cancelled, but cancelled by who? To me that is significant.

"We wouldn't take a gamble. We know what the stakes are, and it is a calculated decision not an emotional decision. There is a lot of support from the country because the grand prix is our largest event both economically and socially."

Alzayani admitted there are some troubles on the streets due to small groups of protestors, but he does not believe the situation is as bad as some stories in the media have portrayed.

"This whole perception that the protestors are targeting the media or F1 is completely wrong," he said. "No one has made a statement like that.

"They [the protestors] are not big numbers and those that matter have not said they are threatening to destroy the race. And these are the people who can pull hundreds or thousands of people [together]. But these 15 guys [who are protesting] can stop people? I seriously doubt it."