Andrea Dovizioso climbs onto the top step of the podium for the first time, following his win at the opening round in Qatar. 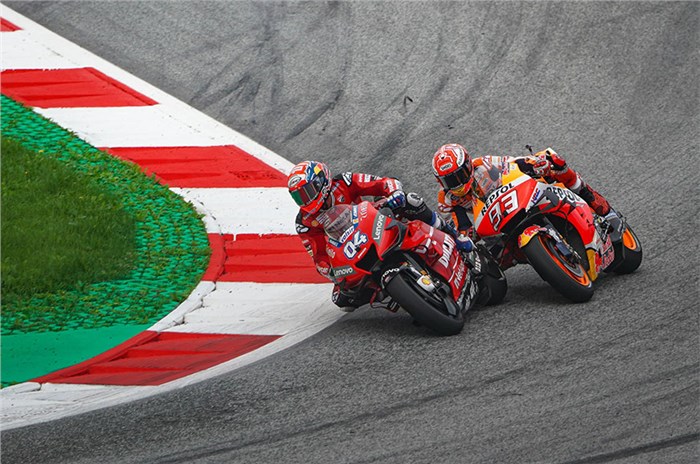 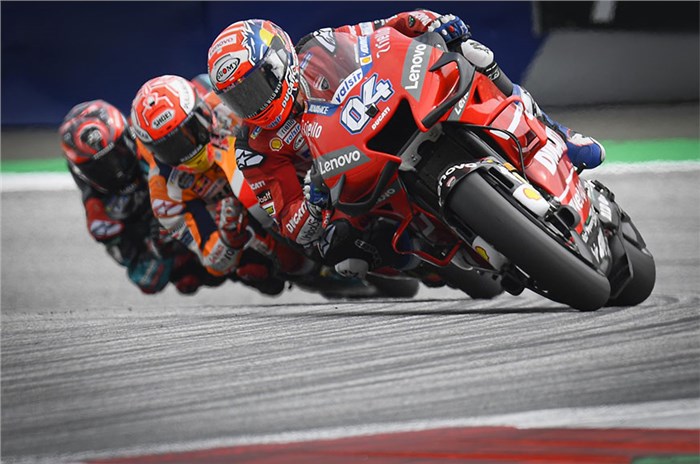 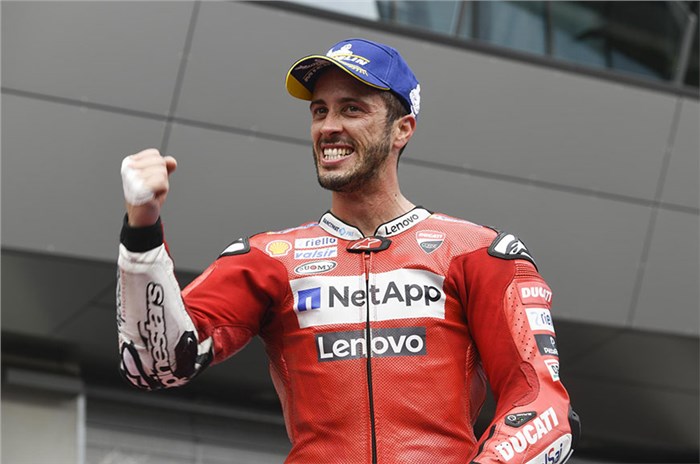 Andrea Dovizioso defeated Marc Marquez in Austria to hand Ducati its fourth straight premier class win at the Red Bull Ring. The past three occasions have had Marquez finishing in an extremely close 2nd and this time was no different. In what ended up being one of the closest races of the season, Dovizioso pulled a stunning move on Marquez on the very last corner to cross the line first – reminiscent of what happened between the two at the same corner in 2017.

The drama ensued as soon as the lights went out, with the two scrapping for the lead. This allowed top-rookie Fabio Quartararo to get past the duo after starting 3rd. As the race settled down at the front, Dovizioso took the lead with Marquez falling to 4th, only to make his way up to 2nd by the fifth lap. The two then started to pull away from the rest of the pack; Dovizioso managed to keep Marquez at bay until he got past on lap 9. The Italian maintained a strong pace, however, and remained within milliseconds of Marquez for the rest of the race. With just a few corners left, the two swapped places at almost every corner leading to the chequered flag, but Dovizioso’s last-second move ensured that he sealed the victory.

It was a good weekend for Yamaha, with Quartararo finishing 3rd, while Valentino Rossi’s factory Yamaha finished 4th and Maverick Vinales crossing the finish line right behind him in 5th place. Alex Rins finished just 0.021s behind Vinales.

Francesco Bagnaia claimed the best result of his maiden MotoGP season, with a 7th place finish after Pramac Ducati teammate Jack Miller crashed out from 4th place in the early stages of the race. Miguel Oliveira finished 8th for Tech3 KTM with the other factory Ducati of Danilo Petrucci down in 9th. Petronas SRT Yamaha’s Franco Morbidelli rounded out the top 10.

The race also had its fair share of DNFs – just a lap into the race, it was disaster for KTM at their home Grand Prix when Pol Espargaro’s bike lost power mid-corner, leaving Cal Crutchlow who was behind him, with nowhere to go. Tito Rabat, Jack Miller and Hafizh Syahrin were the other non-finishers.