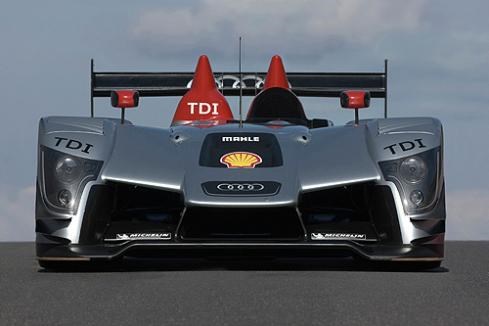 Audi have unveiled the new R15 TDI in its full colour scheme ahead of its debut at the Sebring 12 Hours later this month. The factory Joest team will run two R15s at Sebring and expand to a three-car line-up for the Le Mans 24 Hours. Those events are currently the car's only confirmed 2009 outings as Audi have withdrawn from both the Le Mans Series and American Le Mans Series.