The axing of the LMP1 programme, which yielded 13 Le Mans victories follows what has been described as a realignment of Audi's motorsport programme. 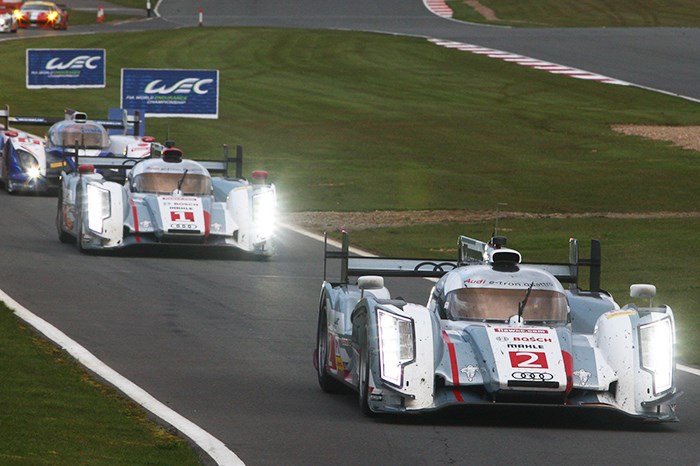 Audi will pull out of the World Endurance Championship and end its 18-year involvement in the Le Mans 24 Hours at the conclusion of 2016.

The axing of the LMP1 programme, which yielded 13 Le Mans victories and the WEC drivers' and manufacturers' titles in 2012-13, follows what has been described as a realignment of Audi's motorsport programme.

The German manufacturer will focus on its participation in the Formula E Championship with the Abt-Schaeffler squad, having announced a greater works involvement in the electric single-seater series at the beginning of last month.

"As our production cars are becoming increasingly electric, our motorsport cars, as Audi's technological spearheads, have to even more so."

Audi's all-electric production vehicles will go on sale at the start of the 2018 model year.

The official announcement of the news from Audi uses the word "instead" when talking about the end of the WEC campaign and the new focus on FE.

Audi Sport boss Wolfgang Ullrich had previously stated that FE was an "additional programme" and would have no bearing on the decision making process regarding a continuation in LMP1.

Audi's statement hinted at a drive to reduce the company's motorsport budget by saying the decision needed to be understood "in the context of the current burdens of the brand", which is a reference to the financial liabilities that are likely to follow last year's 'dieselgate' emissions row.

It also said that some of the technical resources within Audi Sport would be diverted into the development of production vehicles.

The decision comes against the backdrop of declining sales of turbodiesels, the technology Audi showcases in the WEC, and political pressure in some markets to outlaw diesels.

A requirement of the participation of two brands from the Volkswagen Group, Audi and Porsche, in the WEC is that they used different technologies.

Audi has lent its name to the Abt team's Formula E programme since the beginning of the series in 2014/15 and is stepping up its involvement for the 2016/17 season in what is envisaged will become a full factory engagement.

Audi's participation in the DTM is unaffected by the decision, and it is considering expanding its involvement in World Rallycross, where it currently offers technical support to 2016 champion Mattias Ekstrom's privateer team.