The Frenchman started on pole and held his advantage despite coming under repeated attacks from Tio Ellinas. 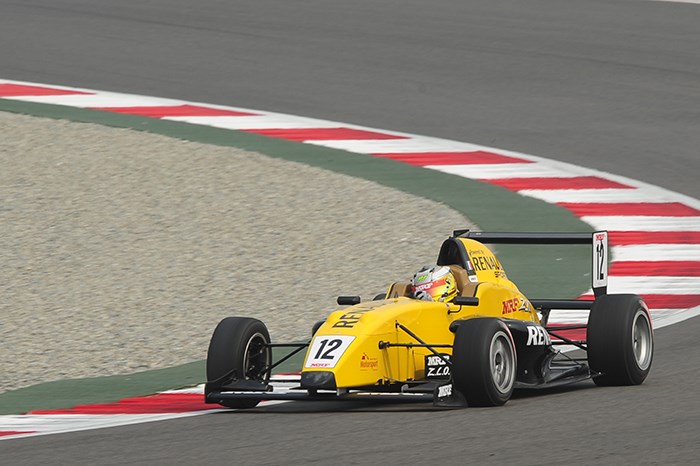 Pic, brother of Caterham F1 driver Charles, started on pole and held his advantage despite coming under repeated attacks from Tio Ellinas – who attempted to slipstream Pic on multiple occasions without success.

Ultimately the Frenchman held his nerve to cross the line half a second ahead of Ellinas, with Japanese driver Yudai Jinkawa finishing a fine third after a great start from fifth on the grid followed by some decisive overtaking.

Among the Indian continent, tenth place qualifier Parth Ghorpade held the advantage early on but was passed by compatriot Ashwin Sundar who had charged through the field having started 15th. Sundar ultimately finished a credible 7th while Ghorpade was 9th.