Having qualified 14th due to mechanical issues, the young Indian driver made the most of the race situation to finish in the points. 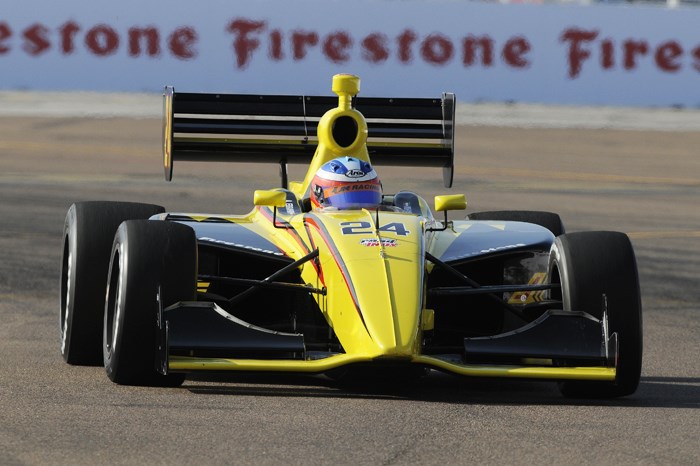 Indylights is the official feeder to the Indycar series, which left Armaan with a new car, a new team and a completely different driving style to contend with upon his debut. With little pre-season testing in his kitty, he conceded knowing that it was going to be a difficult weekend.

“It was always going to be a difficult opening round as I need to get used to the Indy Lights car which is very different from the GP2 and F2 cars that I have driven. With a stick shift 6 speed sequential gearbox and a heavy engine at the back, the characteristics are very different.”

To make matters worse, practice and qualifying sessions were hampered with mechanical issues, which left him over two seconds off the pace and prevented him from qualifying further than 14th in a 15-car grid.

He decided to press-on regardless, and was appropriately rewarded as the race turned out to be better with Armaan putting up another display of his highly-rated racecraft . He made several places on the tight street layout and hauled himself into points with an eighth place at the finish.

As prevalent in American racing, there were three full-course cautions (safety car periods in European terms) and Armaan made sure that he nailed the each rolling restart thereafter to gain places.

Taking the positives from his debut, Armaan said, “I am quite pleased with the result given the fact that we have had just two days of testing at a different circuit last week and also given the brake problems that we had throughout practice, qualifying and the race.”