The Indian driver will make his tin-top debut at Moscow raceway this weekend. 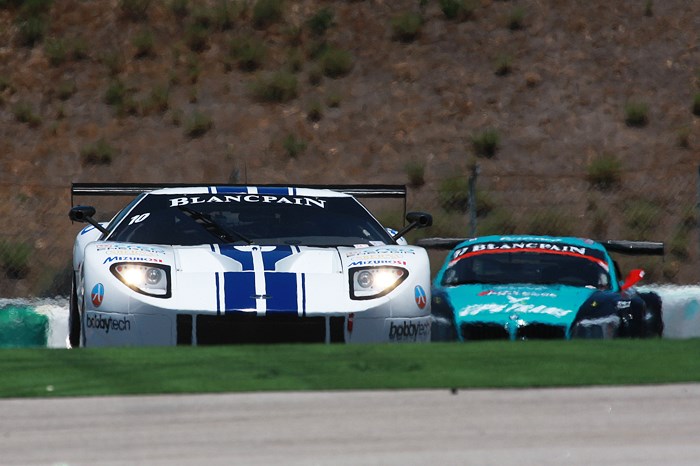 Indian racing driver Armaan Ebrahim will make his debut in the FIA GT1 World Championship at the newly-built Moscow Raceway this weekend.  The Chennai-based driver will represent ‘Team India’ while driving for Spanish outfit SunRed Engineering which fields a Ford GT in the class.

SunRed has seen touring car success in the past, having won the 2009 WTCC Independents' Driver and Team championships with Dutch driver Tom Coronel.

FIA GT1 which is considered the pinnacle of production-based sportscar racing sees participation from leading sportscar manufacturers including factory-backed and private entries from Aston Martin, Audi, Ferrari, Lamborghini, Ferrari and Porsche to name a few.

With two 60-minute races being held each round, each team has to field two drivers per car with a mandatory tyre/driver pitstop midway during the race.

After Moscow, the championship will head back to Europe for the penultimate round at Nurburgring followed by the season finale scheduled at the Buddh International on Nov 30-Dec 1, a month after the Indian Grand Prix.

Armaan tested the Ford GT at Barcelona last month and found the switch to tin-tops satisfactory.

“I will have to get used to the GT Cars as I have raced in formula cars all my life and to that extent, the test in Barcelona last month was a satisfying experience”, he remarked.

“To compete in a World Championship was what I have been working towards since I was 12”, he added.