Earlier in the year, he finished fourth in the Toyota Racing Series in New Zealand with two race wins. 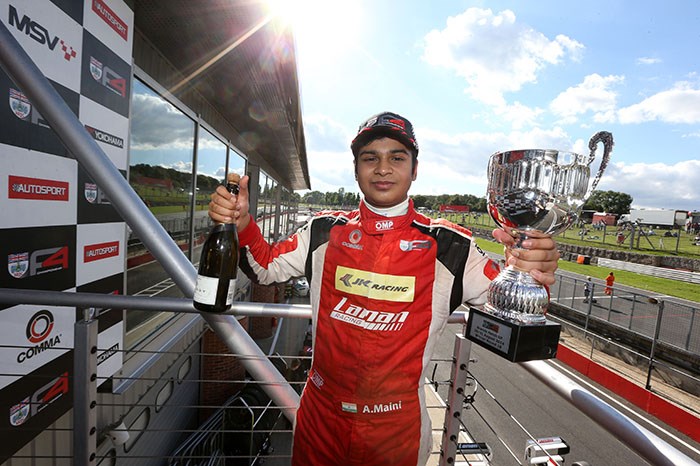 The 17-year-old from Bangalore was the runner-up in the BRDC Formula 4 Championship in his first season of car racing.

Earlier in the year, he finished fourth in the Toyota Racing Series in New Zealand with two race wins.

The team believes it has the drivers to build on Max Verstappen's third place in the 2014 rankings.

Team boss Frits van Amersfoort, whose squad never tested Maini, said: "We are thrilled to have Arjun in our team for 2015.

"We saw in winter testing already his natural speed and he continued that in the TRS - we are proud that another young talent is joining our ranks."

Maini, who tested F3 machinery with Fortec Motorsport, Carlin and EuroInternational, added: "I'm quite excited to join such an experienced team - they have a lot of attention from the media after what they achieved last year.

"I am hoping to build on a solid foundation and learn as much as I can in my rookie season in the series."

Team West-Tec has secured its first driver for its second season in the F3 European Championship.

German Fabian Schiller steps up from the ADAC Formel Masters series, in which the 17-year-old from near Bonn won three races over the past two seasons.

West-Tec's John Miller said: "We have known 'Fabi' for several years and were pleased to give him his first F3 tests in 2014. He has always been fast and controlled, and I'm expecting him to be able to challenge well this season."