TVS Racing rider took top honours after emerging on top at the season finale at Coimbatore. 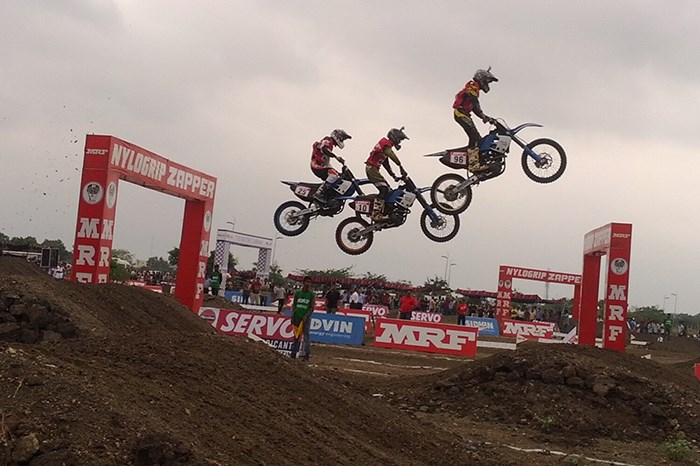 Aravind K P of TVS Racing clinched the 2013 MRF FMSCI MOGRIP National Supercross Championship in style by winning the second moto of the final round held at the makeshift CODISSIA track in Coimbatore.

The Bangalore rider came into the finale with a 31-point advantage over his nearest rival, Javed Shaikh, a privateer from Goa, and needed to win at least one Moto to secure the title. But he managed to push too far in the first Moto, finishing only third while his TVS Racing teammate Harith Noah took the victory.

In the second Moto though, Aravind put his head down and despite stiff competition from Jinan, rode determindly, with clean and confident jumps to take the chequered flag, finishing with 173 points and claiming the trophy in the Foreign Open Class (250 – 500cc).