Gill survived the atrocious terrain to win the event overall for Team MRF. 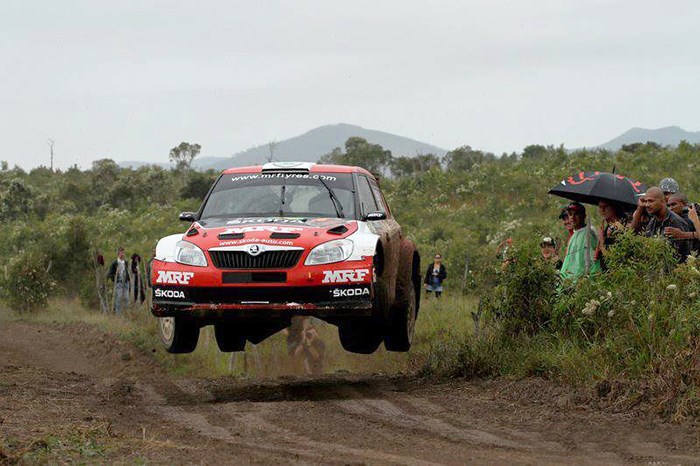 Indian rally ace Gaurav Gill posted his first win of the 2013 APRC season by winning the Rally of New Caledonia - round two of the 2013 Asia Pacific Rally Championship.

The Indian driver who won the event last year, braved the challenging terrain which turned the event into a rally of attrition, claiming several drivers including his championship leading teammate Esapekka Lappi on day one.

The Indian's weekend had started on a strong note, posting back to back stage wins in the opening stages on Saturday, leaving Lappi trailing by 14 seconds. But a small off on the following SS3 cost him nearly half a minute but then the Finn had a big off on SS4, pitching his Fabia S2000 against a massive rock and putting him out of contention for the remainder of the event.

With only three APRC competitors left in contention overnight, Gill just had to ensure he brought it home with a safe margin to claim top honours, which he did, ultimately winning the event by a humungous 19min, 36sec margin.

The win puts Gill in lead of the title standings, ahead of teammate Lappi who failed to score this round.