Katsu Taguchi won the opening round of the 2010 APRC, Gaurav Gill finished second. 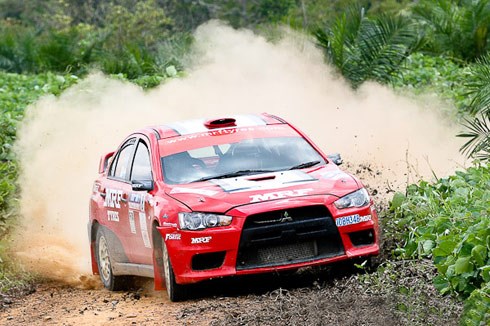 The Japanese driver managed to stay out of trouble battling the tricky Malaysian terrain while his rivals threw it away around him. Australian driver Alistair McRae who was in overnight lead from day one was forced to retire at the start of SS11, promoting second placed Taguchi into lead followed by Gill.

The Indian driver had lead the rally on day one despite brake fade issues cropping up early on, which ultimately caught up to him on the slippery SS6- resulting in an off-road excursion, relegating him to third at the end of day one. Indonesian driver Rifat Sungkar, who had to nurse his car through the entire 80 kilometers of competitive stages on day two due to a broken gearbox, managed to come in a distant third followed by Chris Atkinson.