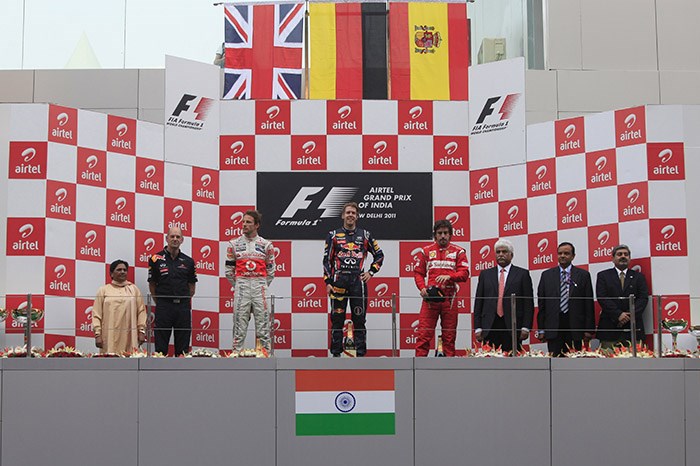 The fact that motorsport is not recognised as a sport by the Government of India since 2011 has been long held as one of the many reasons for the exclusion of the Indian Grand Prix from the F1 calendar and the poor state of Indian motorsport in general. While that wrong appears to have been righted according to the latest list of the National Sports Federations (NSF) issued by the sports ministry, where the FMSCI – the National Sporting Authority, has been included under the ‘Others’ category.

It is definitely a positive step but, it certainly isn’t enough and will not lead to a radical overnight transformation of the motorsport scene in the country. It is a capital-intensive sport and being listed under the ‘Others’ category means no financial support from the government will be forthcoming in the immediate future, which means things are likely to continue as before.

The Indian Grand Prix – the first edition of which in 2011 brought motorsport on the front page for the first time in the country, is unlikely to return soon given the spurt of new venues offering to pay top dollar to Formula One Management (FOM) for hosting a race – with government support in tow. Azerbaijan and Mexico are two such new races scheduled for 2016.

For the Indian GP promoter JPSI, paying up the hosting fee in the region of USD 30 million (around INR 190 crore) seems impossible given the currently poor financial health of the Jaypee Group. The real estate boom around Greater Noida (forecast due to the GP) didn’t happen as expected by Jaypee (they own most Greater Noida), which has left a lot of unsold inventory and incomplete projects. Combined with the cost of maintaining and running the Buddh Circuit, it is impossible to foresee JPSI forking out the mammoth fee on its own.

With government recognition, it was expected for that the state would pitch in financially for an event that results in tourism, and puts India on the world map of motorsport and destinations in general. A 90-minute long Grand Prix with billions of viewers worldwide is a great advert for the hosting nation. But despite the facts, it is unlikely that F1 will return to Indian shores any time soon, if ever.

However, not all is bleak. Getting clearances to conduct motorsport championships should be a lot easier now – which means hopefully we will be able to see some street races in India. Domestic championships and even world championships like Formula E can actually think about hosting a street race which brings racing to the people and offers visibility which is manifold compared to events held at remote purpose-built racing facilities. Logistics and actual running of the event will still be a mammoth task, but at least the red-tape involved in getting permissions and clearances would be done away with.

Secondly, schools and colleges will begin to consider motorsports as a sport and hopefully encourage students to participate and promote the sport, which can only be a good thing. Karting has great potential and introducing it at school level while keeping costs reasonable will definitely bring some new talents into the sport.

Also, in the event of an international racing event, a grant of subsidy or excise duty exemption for equipment that needs to be imported would be possible. The practice is prevalent all over the world except India – where during the F1 GP, the promoters were forced to pay a massive holding fee for the cars and equipment being imported into India and sent back after the race. Hopefully these archaic procedures will be done away with as a result of government recognition.

So is government recognition the shot in the arm Indian Motorsport was looking for? Well, as we can see, it isn’t all but it certainly is a step in the right direction and hopefully it will serve as an impetus for more support and increased visibility for the sport which so far has been a playground for a select few.