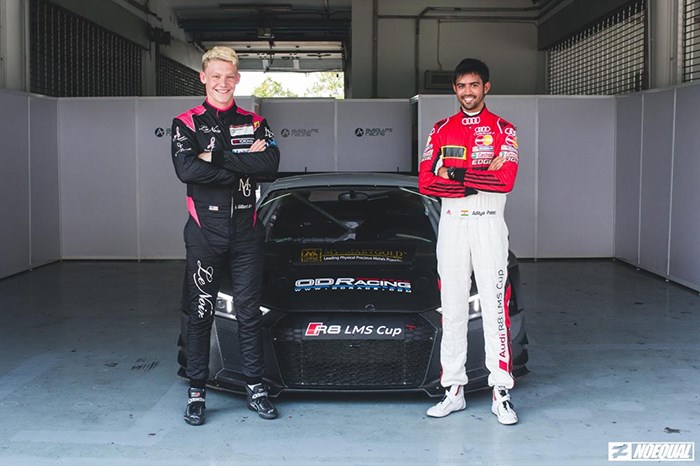 Following two seasons in the Audi R8 LMS Cup, Audi-supported GT racer Aditya Patel will race in the Blancpain GT Series Asia. The 2017 Blancpain GT Series Asia marks the debut of the hugely successful and popular European championship in Asia.  The opening season has attracted the world’s best manufacturers including Audi, Porsche, Lamborghini, Ferrari, Mercedes, BMW, Aston Martin and McLaren, and will see some of the best race drivers and teams from Asia and around the world compete.

The championship kicks off at Sepang Circuit, Malaysia, in early April before moving on to the Chang International circuit in Thailand in May. These are followed by two race weekends in Japan’s Suzuka and Fuji circuits in June and August. The series wraps up in China with the last two rounds in Shanghai and the newly constructed Zhejiang circuit in September and October.

Like its European counterpart, the Blancpain GT Series Asia is based on a 2-driver format. Patel will pair with Malaysian-born Australian driver Mitch Gilbert.  With a combined racing experience of over 20 years, the Patel-Gilbert duo is primed to be a strong contender for the series.

After an exciting 2016, which saw Patel end his Audi R8 LMS Asia Cup campaign on a high note and also set India’s Top Speed Record of 332.2 kmph in the Audi R8 V10 Plus, Patel hopes to keep the momentum going.

“I would like to thank Audi India for giving me this opportunity and for their unwavering support over the past five years. The Blancpain GT Series is one of the world’s premier racing championships and I am really looking forward to being a part of it. My teammate, Mitch Gilbert, has proved his speed in various championships in the past as well. While the competition will be tough, I have no doubt that together, we will achieve great results this year”, said Aditya.

“Audi Sport has stood for “Vorsprung durch Technik” in international motorsports. Be it the World Rally Championship, Pikes Peak, Super Touring Cars, DTM, GT racing or Le Mans prototypes: with impressive performance, Audi has led all motorsports projects to success, claiming numerous victories and important championship titles. Aditya has shown remarkable performances in previous years and we wish him a great racing season at Blancpain GT Series Asia this year with the indomitable Audi R8 LMS. We are confident that with successful exploits of Aditya and other Indian racing talents, motorsports will get a tremendous boost in India as well,” said Mr. Rahil Ansari, Head, Audi India.