After being shaded by Lotus and Mercedes in the afternoon session, Red Bull regained its habitual top spot in the second session. 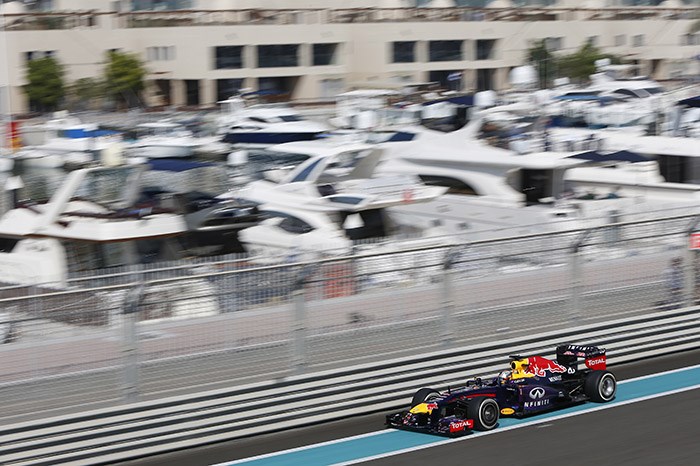 Sebastian Vettel and Mark Webber returned Red Bull to the top in the second Friday practice session for the Abu Dhabi Grand Prix.

After being shaded by Lotus and Mercedes in the afternoon session, Red Bull regained its habitual top spot as darkness fell over Yas Marina.

Vettel had been fastest on the harder tyres in the opening quarter of an hour, and then left his switch to softs relatively late.

Lotus's Kimi Raikkonen was first to make that move and found a big time gain to go fastest.

Vettel then came through with a 1m41.335s to head Webber in a Red Bull one-two that held until the finish.

Practice one pacesetter Romain Grosjean was only 12th fastest, having been sidelined by a front brake failure.

Several drivers had incidents and issues, with both Force India's Paul di Resta and McLaren's Jenson Button having to slow with punctures.

Button was still seventh, one place behind team-mate Sergio Perez, in a strong session for McLaren.

Ferrari improved on its quiet opening practice and at least got both cars into the top 10, albeit only eighth and 10th, either side of Nico Hulkenberg's Sauber.

Max Chilton and Giedo van der Garde both had spins, but rejoining without finding the barriers.