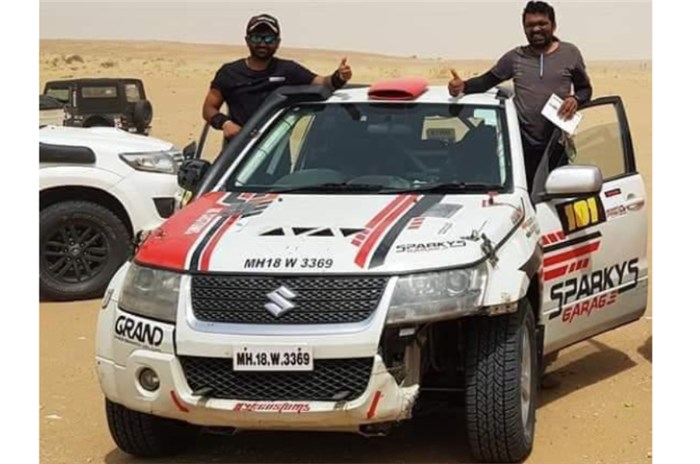 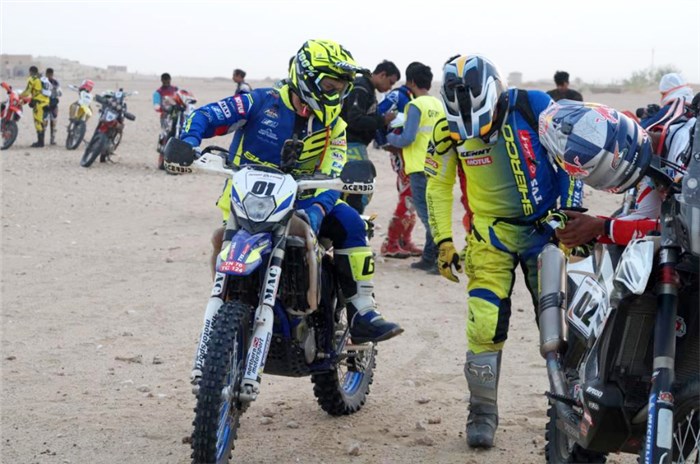 Team Sparky’s Garage’s Aabhishek Mishra has successfully defended his Desert Storm title after taking victory in the 2019 edition of the event in the Xtreme category, while Adrien Metge topped the Moto category. The final day saw participants in the Xtreme category tackle four stages, with participants in the Moto category running the latter two of the stages.

“This is an incredibly special win for us,” said Mishra. “I have won the title in the four-wheel category four times and once in the motorbike category. But this year was the toughest due to the conditions as also because of the competition, which attracted all the top drivers, teams and manufacturers in the country,” he added.

TVS Racing’s Adrien Metge dominated the Moto category and remained at the front of the pack from the very beginning. In what was his first competitive rally outing since his crash at the 2019 Dakar Rally earlier this year, Hero MotoSports’ CS Santosh managed to win a handful of stages, but that wasn’t enough to deny Metge victory. Metge’s teammates Abdul Wahid Tanveer and R Nataraj finished 3rd and 4th respectively.

In the Ndure category, the results were determined based on the average rank of the drivers after all five legs and Ankur Chauhan and co-driver Prakash M ended up taking top honours in the category, followed by Capt. Abhilasha Singh and co-driver Aashish Agarwal in 2nd place and Aman Katoch and co-driver Siddhartha Nandal in 3rd place.