Norris missed out on his maiden F1 win as the rain wreaked havoc in the final laps of the Russian GP. 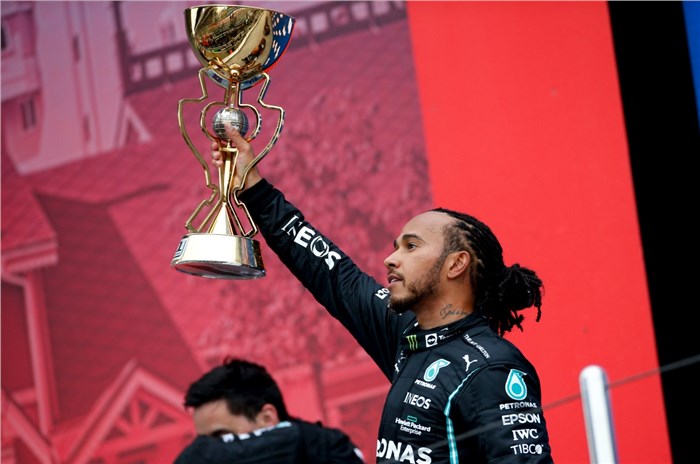 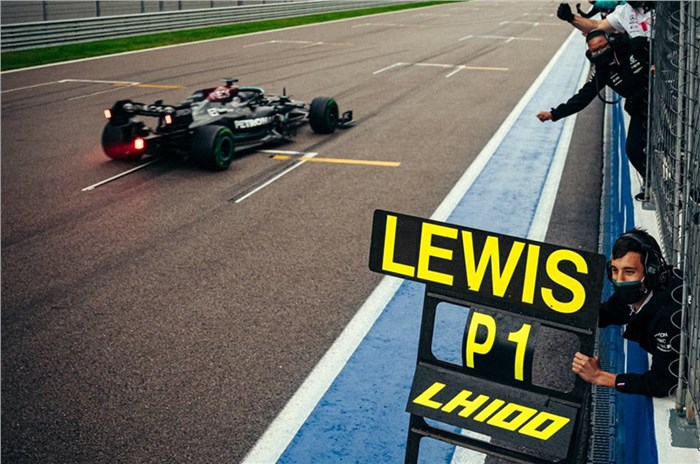 Lewis Hamilton has reached another landmark, becoming the first-ever F1 driver to reach 100 grand prix wins after winning the Russian GP. Land Norris was poised to take his maiden win, but his decision to stay out on slick tyres in the rain ended up costing him victory.

All the chaos in the final laps allowed Max Verstappen to finish 2nd, with Carlos Sainz completing the podium.

·Norris 7th after spinning in the rain

After briefly losing a place to Sainz at the start, Norris found a way past the Ferrari driver to re-take the race lead. Despite mounting pressure from a rapid Hamilton, he managed to hold on that lead for most of the race. But then the rain came down with just five laps to go.

Both Norris and Hamilton wanted to gamble by staying out on slick tyres, despite their respective teams asking them to pit for intermediates. This is where Hamilton’s years of experience seemed to make the difference, with the British driver opting to listen to his team. It’s a call that paid off, as the rain only got heavier over the next few laps.

Norris, who was still out on slicks, slid off the track on the penultimate lap and he eventually had no option but to pit for intermediates. The turn of events saw him cross the line down in 7th place.

Out at front, Hamilton went on to score his 100th Grand Prix win. Speaking after the race, the seven-time world champion admitted that it had taken him longer than expected to hit the century mark; his last win before this was at his home British GP back in July.  “It’s taken a long time to obviously get to [win number] 100 and I wasn’t even sure whether or not it would come,” he said.

Hamilton also took the time out to commend Norris’ performance. “Lando did such an amazing job. He had incredible pace, he’s doing such a great job for McLaren, and it was very bittersweet obviously to see my old team ahead – they’re doing so well, obviously they won the last race – they’re doing fantastic, obviously powered by Mercedes,” he added.

"So it’s good to see us united again and obviously the team made a great call right at the end. I didn’t want to let Lando go and of course I didn’t know what the weather was doing but I’m incredibly grateful to all these men and women that are here and back at the factory because, wow, 100.”

For Verstappen, the Russian GP was a race of damage control since he had to start way down from 20th on the grid after taking a new Honda engine. As luck would have it, a calculated switch to intermediates ensured him a 2nd place result, over 53 secs off Hamilton.

Hamilton’s win sees him re-take the lead in the drivers’ championship. But Verstappen’s 2nd place result means he’s only two points behind Hamilton, and he has an extra engine.