The Ducati man now closes his championship deficit to 48 points with four races to go.

You wait your whole life for a MotoGP race win and then two come along in a week! That's exactly what happened with Francesco 'Pecco' Bagnaia as he backed up his victory at Aragon last weekend with another win this time around at Misano.

It was yet another last-lap thriller, with the result of the race hanging in the balance until the final few corners. Here's how it went down. 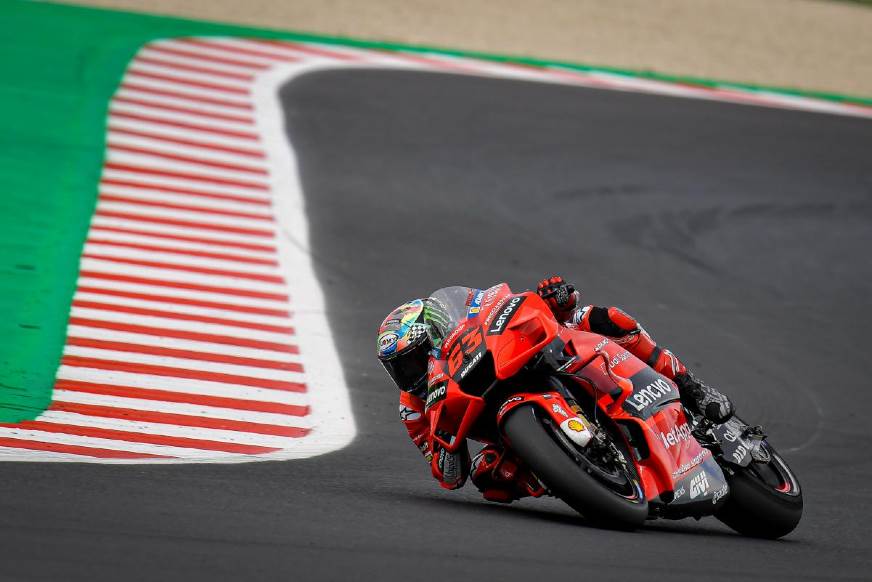 The Misano MotoGP race weekend was dominated by two men: championship leader, Fabio Quartararo and the in-form Bagnaia. Having put a disappointing weekend at the unfavourable Aragon circuit behind him, Quartararo came to Misano looking to recapture the dominant form that he has displayed for most of this season. And he started off on the right foot, with strong performances in the dry practice sessions, and a front-row start for the race on Sunday.

But his weekend wasn't quite as impressive as Bagnaia's, who seemed to have carried the momentum over from Aragon, with imperious form in practice and a pole position start for the Grand Prix. As the lights went out, Bagnaia nailed his start. In fact, he was almost too eager, he moved slightly even before the red lights went out, but since he didn't leave his pit-box, it wasn't deemed a jump-start. 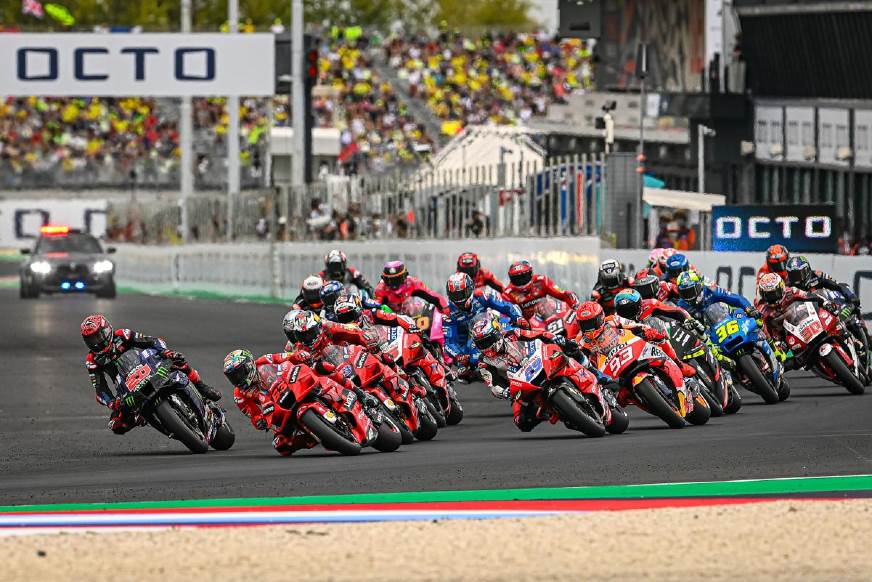 The Italian then put his head down and pushed hard, ending the opening lap over 1 second clear of the field. By the end of lap 8, that lead had grown to 2.4 seconds, and victory seemed to be all but decided. In contrast, Quartararo had a much more rocky start to the race. Hounded by the far more powerful Ducatis of Jack Miller and Jorge Martin on his more modest Yamaha, he had to fight hard to fend them off, even dropping as low as fifth position at one point.

But the Frenchman never lost his composure, and eventually settled into a rhythm in third place, behind Miller. The pair pulled away from the riders behind but failed to make any significant inroads into Bagnaia ahead. But little by little, Quartararo closed in on Miller, until he eventually passed the Australian on lap 13. He inherited 2nd place 2.7 seconds behind Bagnaia, but with 14 laps still to go. A duration that was just too little for him to usurp the lead, as it turned out. 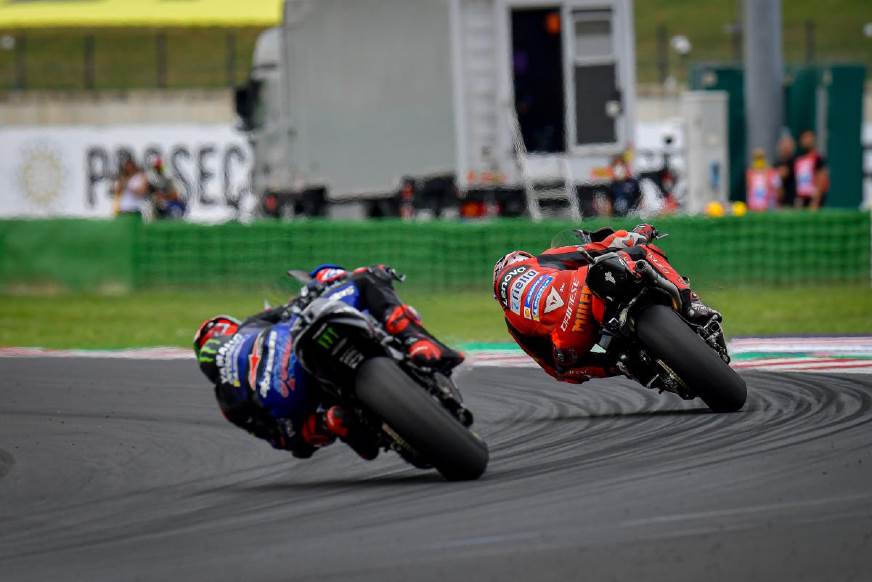 Equipped with a slightly more durable medium rear tyre compared to Bagnaia's soft one; the Frenchman had the pace advantage in the closing stages of the race and got within just 0.1sec as the pair entered the final lap. But a rapid final lap and a strong defensive display from Bagnaia prevented Quartararo from attempting an overtake, and the win eventually went in the way of the Italian.

Behind this pair, it was a deeply impressive Enea Bastianini who took the final podium spot, having started all the way down in 12th place. Not only is he a rookie to the MotoGP class, but he is also riding a two-year-old Ducati compared to the 2021-spec bike that Miller and Bagnaia are aboard. The young Italian sliced through the pack, setting fastest laps along the way, to take a very well-deserved maiden MotoGP podium. 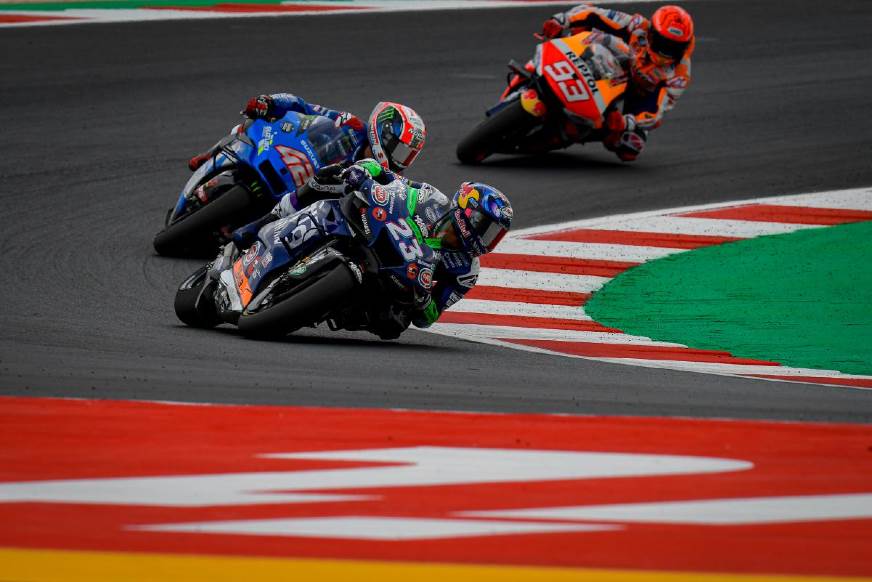 Jack Miller faded in the later stages of the race, sliding backwards into a battle with reigning world champion Joan Mir and Marc Marquez. He came off worst in that fight, finishing sixth behind Marquez in fourth and Mir in fifth. The Espargaro brothers, Pol and Aleix, took seventh and eighth places respectively, ahead of top KTM finisher Brad Binder in ninth.

In successfully holding off Fabio Quartararo, Bagnaia reduced his own deficit in the championship by five points, bringing the gap down to 48 points with four races to go. That is still a reasonably healthy margin at the top for Quartararo, but with MotoGP as unpredictable as it is, the championship outcome is far from certain.