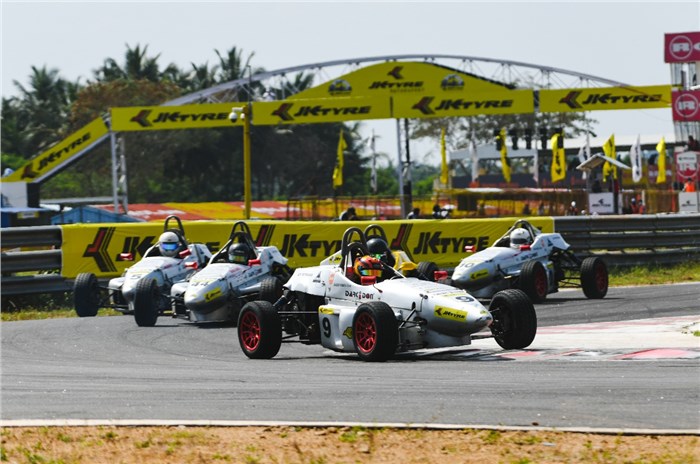 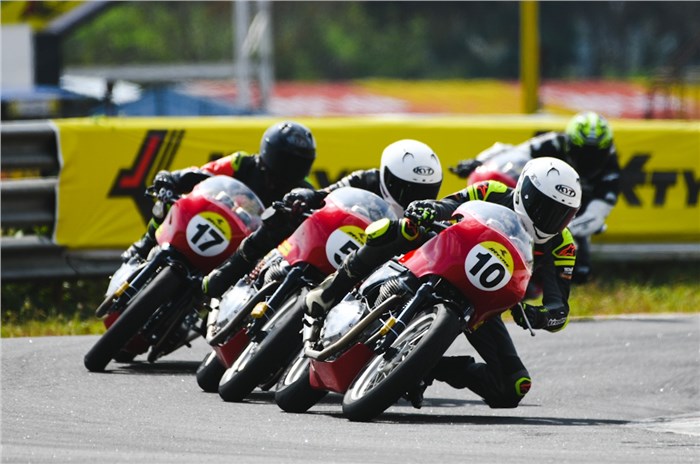 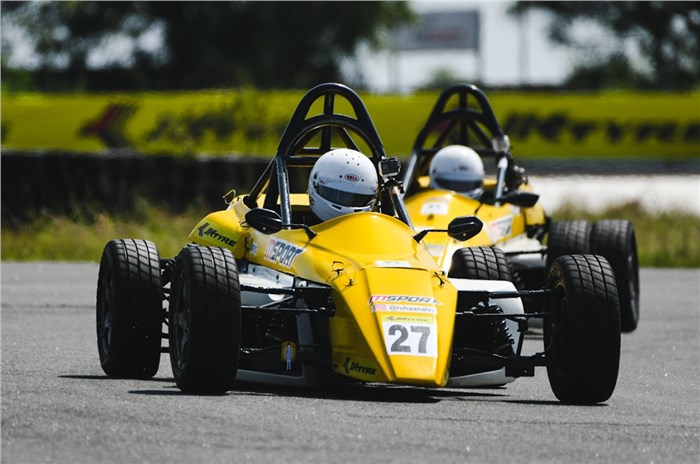 As the most experienced drivers of the lot, the LGB Formula 4 grid tackled the wet track at Coimbatore first. Race 1 was held behind the safety car and later under yellow flags for the first four laps. Ultimately, it was Singh who aced driving in the tricky conditions to pick up his first win of the season.

He followed that up with another win the next day, with a dominant display in Race 3. The second race was won by Ahura Racing’s Amir Syed, after some smart defending.

Due to heavy rains, the Royal Enfield Continental GT Cup races were moved to Sunday. Anish D. Shetty stamped his authority, winning both the races. But it wasn’t an easy run to victory for the Hubli racer, especially in Race 2 where he faced pressure from Allwin Xavier in the closing stages. It ended up being a photo finish between the two, with Shetty holding on by a sliver.

Ruhaan Alva entered Round 3, having won every single race in the Novice Cup class. However, the youngster’s victory streak was finally broken. Despite crossing the line first in Race 1, he was handed a 10-second penalty for crossing the white line at the pit exit. This handed the win to his MSport teammate Jaden R. Pariat.

However, Alva was back to his winning ways in the next two races.