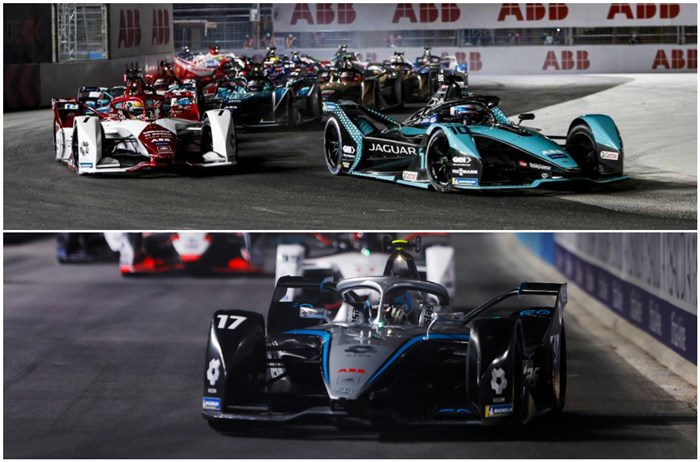 Mercedes-EQ’s Nyck de Vries and Jaguar Racing’s Sam Bird picked up a win each, as the 2021 Formula E season got underway with a double-header in Saudi Arabia. The championship’s first night races served up plenty of action, with some close battles on the Diriyah street circuit. Read on to catch up on all the action.

Mercedes made a dominant Season 7 debut as Nyck de Vries pulled off a picture-perfect drive to win the first Diriyah E-Prix from pole position. Despite running most of the race with one percent less energy than the rest of the grid, he remained in firm control out at front since the very beginning. He pulled off a clean sweep in the opening round, topping every single session on course to scoring his maiden Formula E win.

Starting from 4th on the grid, Venturi Racing’s Edoardo Mortara made use of his Attack Mode to pull off a double pass on Jaguar Racing’s Mitch Evans and Porsche’s Pascal Wehrlein. He did briefly lose a place to Audi’s Rene Rast, but was able to take advantage of the safety car restart (after BMW’s Maximilian Gunther crashed into the wall) to claw back 2nd place.

Evans followed a lap later, with a carbon copy move on the long back straight to claim 3rd place.

This season sees Bird move to Jaguar Racing after spending six seasons racing for Virgin Racing. And the partnership between the two has already gotten off to a great start as he beat his former Virgin Racing teammate, Robin Frijns, to win the second Diriyah E-Prix. This means he continues his record of winning at least one race in every Formula E season.

Bird pulled off his race-winning overtake on lap 21, making a move stick at Turn 8. 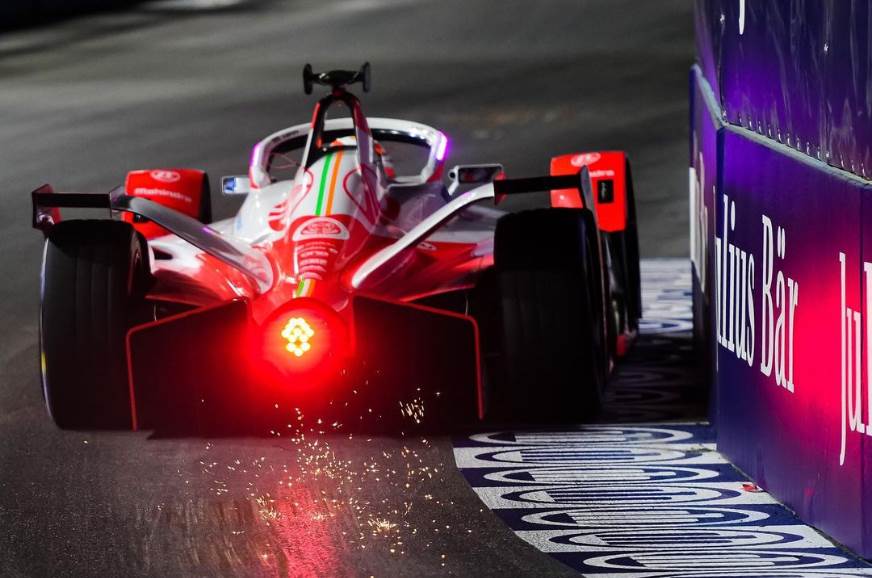 The second race was red flagged with three minutes to go as Alex Lynn’s car was flipped upside down after making contact with Evans. The Mahindra Racing driver was rushed to the hospital immediately after and the team has since confirmed that he has been discharged following precautionary checks.

Despite showing some strong pace in qualifying, Lynn endured a difficult two races. He crashed out of the first one while battling with Sam Bird for 6th place. The incident forced both drivers to retire and also resulted in Lynn receiving a grid penalty for the second race.

The incidents on track didn’t allow Mahindra Racing to truly show off the potential of the M7Electro, which features an all-new powertrain developed by ZF. However, the team does walk away from the opening rounds with some valuable points, courtesy Alexander Sims’ strong 7th-place finish in the first race and Lynn’s Super Pole appearance on Friday.

All the Mercedes powered teams – namely the factory Mercedes-EQ team and Venturi Racing – had to miss the second qualifying session to fix a braking issue. Despite starting from the back of the pack, de Vries wound up 9th overall, thanks to all the penalties handed out to drivers ahead of him. He leaves Diriyah on top of the drivers’ championship standings with 32 points, seven ahead of Bird.

Meanwhile, Jaguar leads the teams’ championship from Mercedes and Virgin Racing. The next Formula E race will be held in Rome on April 10.