Lewis Hamilton won the Brazil GP from 10th on the grid, keeping the title battle alive. 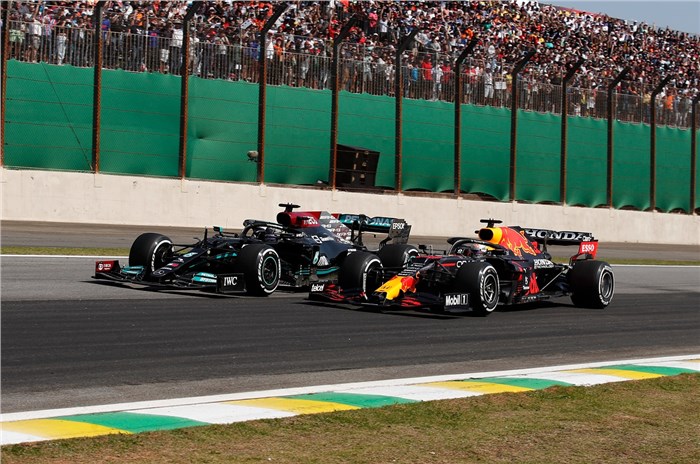 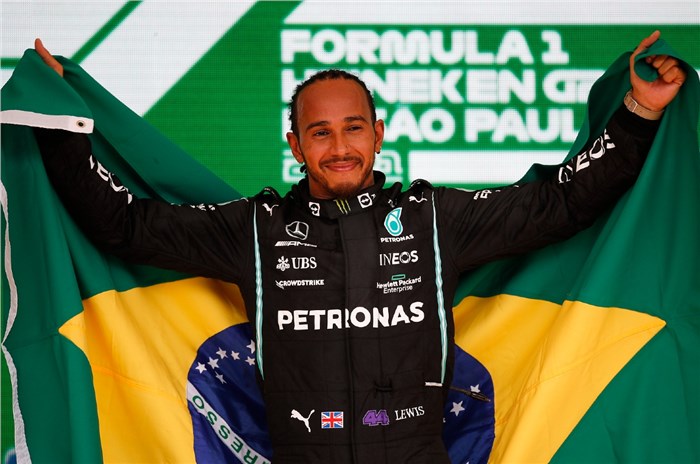 Lewis Hamilton displayed one of the finest drives of his career on Sunday to take victory at the 2021 Brazil GP. The Mercedes driver charged up from 10th on the grid and battled wheel-to-wheel with title rival Max Verstappen to seal the win and keep the title battle going.

Hamilton had the odds stacked against him. He was already hit with a five-place grid penalty for the race after an engine change      and was later disqualified      due to a technical infringement. The sprint race saw him go from dead last to fifth – an early indicator of his pace at the Sao Paulo circuit.

At the race start, Verstappen took the lead into Turn 2, while Bottas dropped down to third. Just like in the sprint race, Hamilton made quick work of the drivers ahead of him and was already up to fifth place by Lap 4.

Bottas let his teammate through soon after and Hamilton then set about trying to pass Sergio Perez, which he did so on Lap 19. The next few laps built up to an epic duel between the title contenders.

By Lap 48, Hamilton had finally closed in on Verstappen and attempted a move at Turn 4, but was pushed off track by Verstappen, who himself went wide. While the incident was noted, stewards decided to not investigate it and so the battle continued.

Hamilton finally made the move stick on Lap 59 and went on to win the race by 10.49 seconds. He admitted that this was probably one of the hardest race weekends he’s faced,      “What a race, the team did an amazing job, Valtteri did a great job today to get as many points as possible,” he said.      “I was pushing as hard as I could, but from last on the grid and again another five-place penalty, it was, I think, the hardest weekend I have had.”

“Coming into this weekend, I never, ever thought that we’d be able to close the gap like we have today. And then these things that just kept going against us. But I think it really shows, just for everyone, just never give up whatever you’re facing,” he added.

Bottas wasn’t quite able to catch up to Verstappen and had to settle for third place. Perez finished fourth; Red Bull pitted him late in the race and he used the fresh soft tyres to set the fastest lap. Crucially, in doing so, he stole the additional point from Hamilton.

McLaren’s Lando Norris recovered from a puncture on the opening lap to finish 10th, having nursed his tyres for well over 60 laps.

Hamilton has slashed Verstappen’s championship lead from 21 to 14 points. Meanwhile in the constructors’ championship, Mercedes are now 11 points ahead of Red Bull Racing.

Up next, is the first-ever F1 race at Qatar, taking place on November 21.