Im'pecco'ble Bagnaia fought off a determined Marc Marquez to secure his first victory in the premier class.

Italian rider Francesco Bagnaia secured his first ever victory in the premier class at the 2021 Aragon MotoGP race.

MotoGP visits a total of four circuits in Spain, and even though Catalunya is the one closest to Marc Marquez's hometown, it's Motorland Aragon that has become his spiritual home circuit. Before yesterday, the Spaniard was undefeated in his previous four visits to the track, with its anti-clockwise layout suiting his riding style. The 8-time world champion's comeback from injury has so far been up-and-down, and he came into Aragon hoping it would be one of the ups. After all, its predominantly left-hand layout places less stress on the injured right side of his body.

And despite a few hiccups, he seemed on course to execute this plan. A pair of crashes on Friday didn't stop him from topping the first practice session, and he managed a decent enough fourth place in qualifying too. But the factory Ducatis of Francesco ‘Pecco’ Bagnaia and Jack Miller were lurking, with the former taking pole position on Saturday. 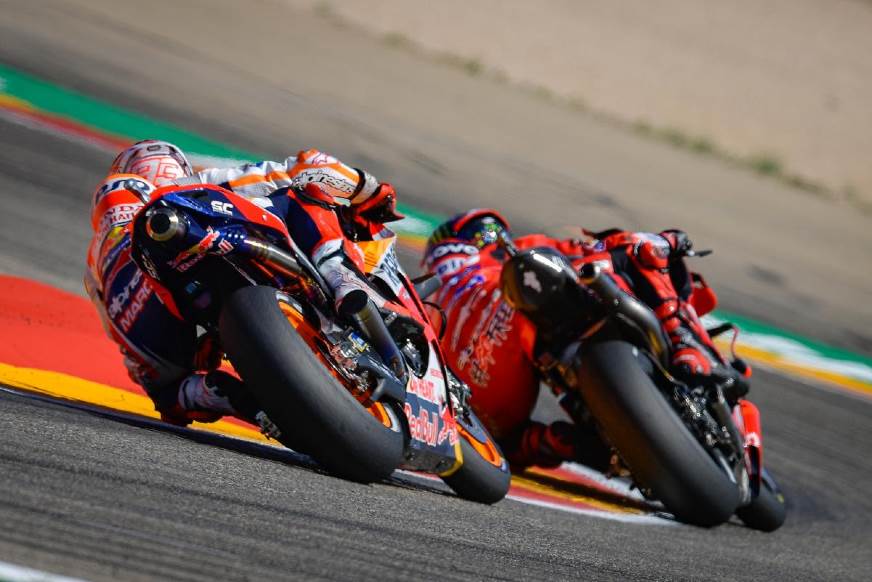 Marquez made a great start when the lights went out on Sunday, and slotted into 2nd position behind poleman Bagnaia, who got the holeshot. The pair were a cut above the rest, slowly but steadily edging away from the chasing pack. As they did so, status quo was maintained, with Bagnaia leading the way and Marquez following closely behind. The gap ebbed and flowed slightly, with the Honda man occasionally dropping back a few tenths, then quickly making up lost ground.

For 20 laps out of 23, the lead did not change. In the final three laps, it changed 14 times. With three laps to go, Marquez launched his first assault, out-braking Bagnaia and diving up the inside. He got past, but then ran wide, allowing the cool and calm Bagnaia to overtake him on the cutback. This set the template for the next five overtaking attempts that Marquez made. 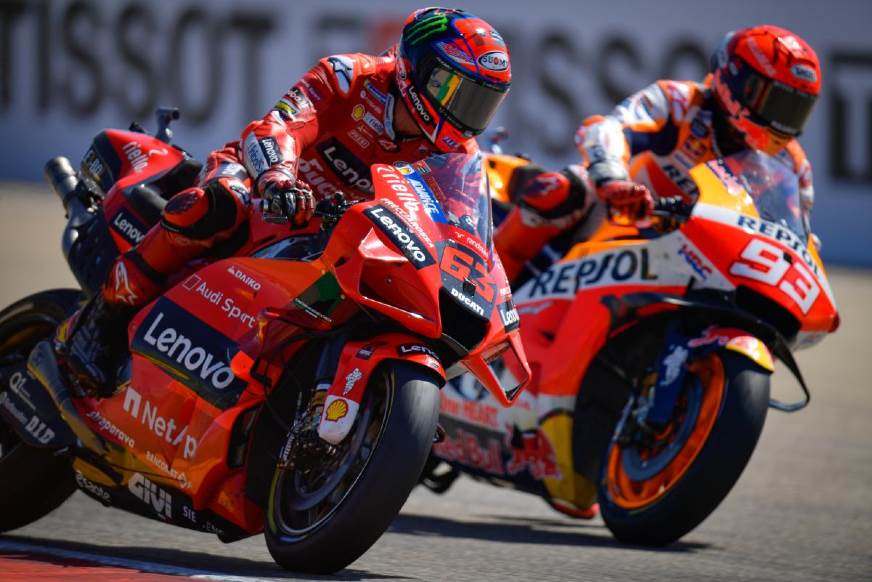 Each time, he attempted to brake marginally later than Bagnaia in front, but each time, he entered the corner too hot and ran wide, allowing the Italian to coolly retake his position. The seventh and final time, on the final lap, Marquez tried an overtake at the daunting Turn 12, where you arrive braking hard, downhill, at considerable lean angle. The move seemed to be brought on more by desperation than anything else, and this time, he didn't just run wide, but exited the track completely. By the time he rejoined, Bagnaia had clear air behind him, and was well on course to a hard-fought maiden MotoGP victory.

Best of the rest 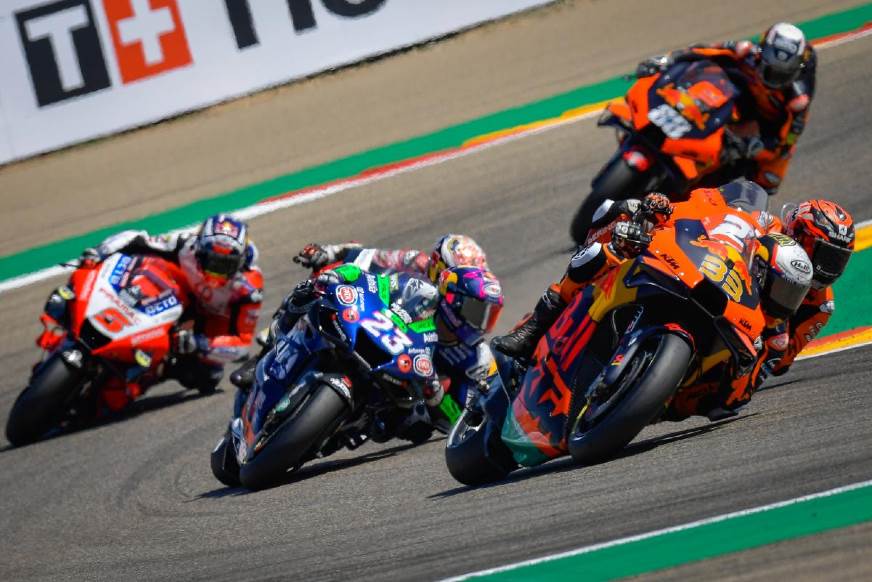 Behind this titanic battle, Joan Mir secured the final podium spot, picking up valuable championship points. Championship leader Fabio Quartararo encountered grip issues and only managed 8th place, allowing chief rivals Bagnaia and Mir to claw back some ground. The Frenchman remains on top, but his lead is now cut to 53 points. Nevertheless, with only five races left to go, and arguably his worst track of the season now behind him, Quartararo is still the firm favourite for the title.

Further back, Aprilia man Aleix Espargaro backed up his 3rd place at the previous round in Silverstone with another strong 4th place this time around. Jack Miller failed to live up to pre-race expectations, only managing 5th.Behind him, rookie Enea Bastianini put together a commendable ride to 6th place on an ageing independent Ducati. Brad Binder and Fabio Quartararo in 7th and 8th were the top KTM and Yamaha finishers respectively. The top 10 was rounded out by independent team riders Jorge Martin and Takaaki Nakagami.