After taking into account the rising number of Coronavirus (COVID-19) cases in India, the 2020 South India Rally has now been postponed to June. 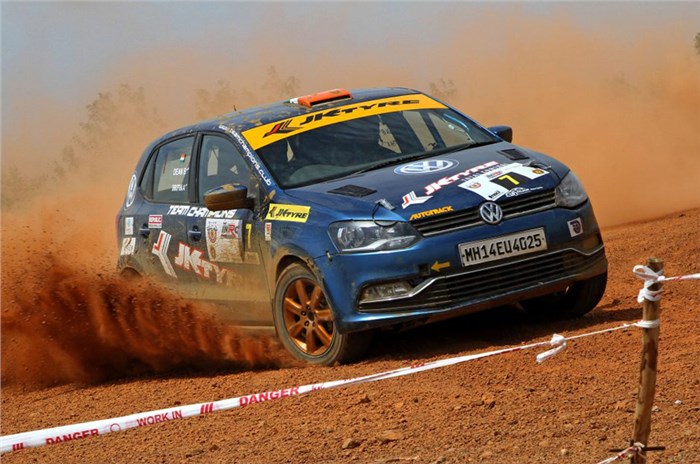 Organisers of the 2020 South India Rally, which was supposed to be held on March 20-22, have confirmed that the event has now been postponed after taking into account the rising number of Coronavirus (COVID-19) cases in India. The rally – which is supposed to double as the inaugural round of the 2020 Indian National Rally Championship (INRC) and the Asia-Pacific Rally Championship (APRC) – will now be held on June 19-21, 2020.

The rally’s organisers at the Madras Motor Sports Club were initially determined to go ahead with the event as scheduled, and had even announced a number of pre-emptive measures that would be put in place, like only allowing Indian nationals to compete, and restricting spectators. However, since the initial announcement was made on March 13, the situation in the country with respect to the spread of Coronavirus has escalated, prompting the rally being postponed. A number of Indian states have announced some strict lockdowns and restrictions on public assembly to combat the COVID-19 pandemic.

“After much discussion internally, and following the lockdown in various States and territories across India, besides travel advisories and restrictions on public assembly, we have decided to postpone South India Rally to June 19-21,” said Vicky Chandhok, the event chairman and president of the APRC.

“We were confident of running the event on schedule as we had put in place all measures and infrastructure complying with Government of India’s health advisories to provide a safe environment to all the stakeholders. However, developments in the past couple of days forced us to rethink and decide on postponing South India Rally,” he said.

Coronavirus-related complications have already resulted in the cancellation of the number of high-profile events across the world. The pandemic has brought the world of sport to a near-standstill; and even here in India, it has resulted in the Indian Premier League's postponement, in addition to the suspension of a number of domestic sporting events. Growing concerns about the threat posed by the virus had already resulted in the Sports Ministry issuing an advisory that urges all national sports federations to follow the Health Ministry’s advice and avoid large gatherings at sports events.