Repsol Honda’s Marquez regains the lead in the championship with a big win in Jerez, finishing ahead of Suzuki’s Alex Rins and Yamaha’s Maverick Vinales. 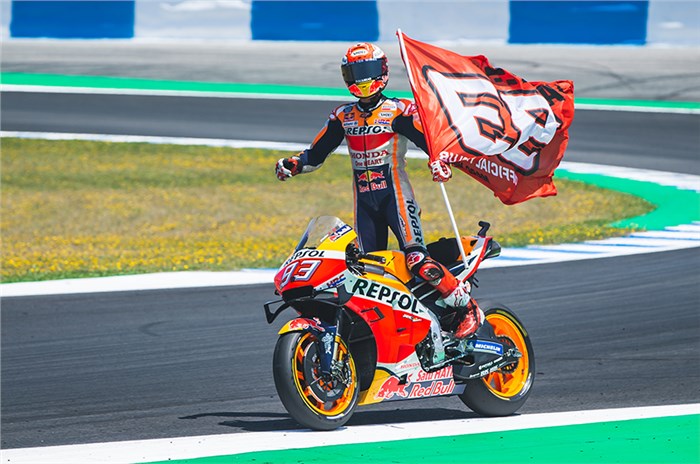 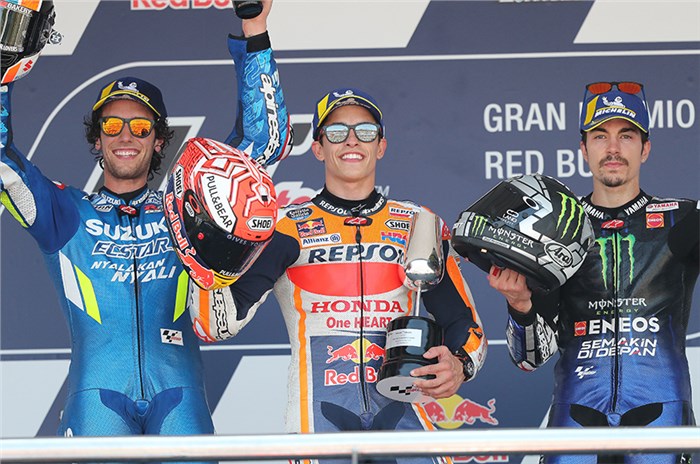 A weekend that saw Fabio Quartararo set a new lap record at the Circuito de Jerez and become the youngest rider to grab pole position in the MotoGP class, ended with the man whose record he broke, Marc Marquez, having the last laugh as he picked up his second victory of the season at the Spanish GP.

Marquez, who started the race from third place, passed the two Petronas Yamaha SRT riders in front of him – Quartararo and Franco Morbidelli – to take the hole shot. However, Quartararo proved that his blisteringly fast lap in Q2 that bagged him pole position was no fluke, as he eased past his teammate - who had also passed him on the opening lap – and slotted into second, behind Marquez. But with just over 10 laps to go, Quartararo had to retire with a gearbox issue.

At this point, Morbidelli dropped further down the order and Marquez started to build a gap between himself and Suzuki’s Alex Rins, who had moved into second. Rins – who has had a great start to the 2019 MotoGP season – continued his good form as he gradually moved up the pack, having started the race from 9th place.

It was another weekend to forget for Repsol Honda’s Jorge Lorenzo, after a crash in Q2 saw him start in 11th place, and he finished the race in 12th place. Jack Miller, who spent the initial part of the race battling Rossi, crashed out after an incident with Aprilia’s Aleix Espargaro, who went on to finish 11th. Suzuki rookie Joan Mir and Pramac Ducati rider Francesco Bagnaia also crashed out of the race, while Aprilia’s Andrea Iannone did not participate in the race after injuring his leg on Saturday.

After the Jerez round, the MotoGP rider championship table sees significant changes, with Marc Marquez moving to the top of the standings with 70 points, trailed by Alex Rins on 69 points and Andreas Dovizioso on 67 points. Despite not scoring in two out of the four rounds this season, Quartararo continues to top the Rookie of the Year standings.