Paulo Goncalves and Oriol Mena stand 4th and 5th in the overall classification after Stage 5. 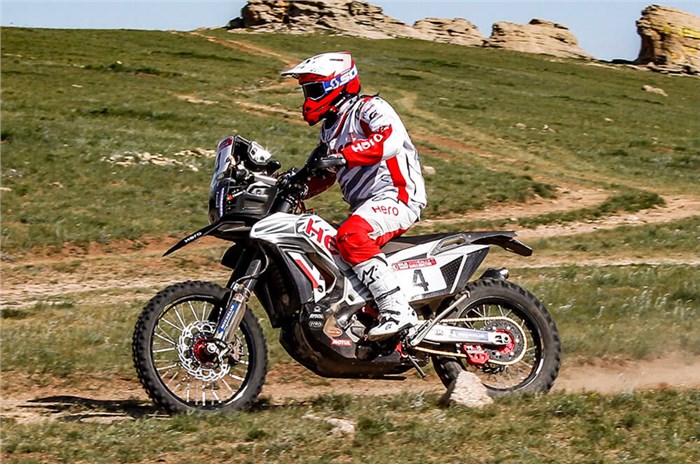 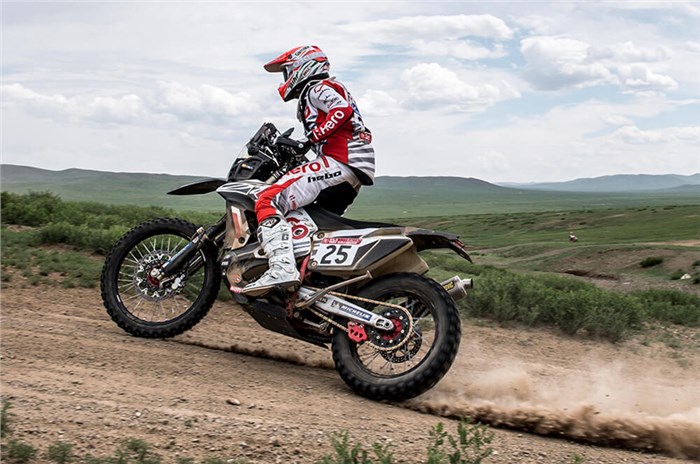 The 10-day 2019 Silk Way Rally has reached the halfway mark and after five stages, Hero MotoSports is in a strong position with both its riders in the top five in the overall standings. The rally kicked off in Russia on July 6, later moved to Mongolia, where the current stages are running, and will finally conclude in China on July 16.

Stage 5 required competitors to make their way from Ulaanbaatar to Mandalgovi in Mongolia and featured fast and wide steppe roads. It also marked the end of the gruelling marathon stage, covering 800km over two days, wherein competitors couldn’t receive any assistance from their service crew. Paulo Goncalves had an impressive run so far in what is his debut outing for Hero MotoSports. Heading into Stage 5, he was 9th overall, but he managed to gain some of the time that he lost in the previous two stages and complete the Stage 5 in 3rd place with a time of 2min 47sec. The result has propelled Goncalves to 4th place in the overall standings.

“So happy to finish the second day of the marathon without any problems. It was a long marathon stage with 800 km being covered over 2 days, so I feel great to see it behind me. I got into a good rhythm today and felt confident on the Mongolian terrain so decided to push myself a little bit. We are in a good position at the end of the five stages but we have five more in front of us so my focus will be to finish them well for the team,” said Goncalves.

Oriol Mena decided to not push too hard and approached Stage 5 more cautiously. A time of 9min 10sec handed him a 9th place finish, but it was enough for him to continue to hold on to 5th place in the overall standings. Commenting on his Stage 5 run, Mena said: “I made a good run in the second day of the marathon stage with no navigation mistakes. It was again a very fast stage so I decided not to push too hard today and save it for the 2nd half of the rally. The bike is performing so well, the team is doing an amazing job and I am feeling really good, winning confidence with every passing day. Now, one more day is over and one day less to arrive in China.”

The Silk Way Rally will now make its way to Dalanzadgad in Mongolia before heading to China. This year marks the first time since the Silk Way Rally’s inception in 2009 that bikes have been allowed to compete in the event. Additionally, the event has also been included as part of the FIM Cross Country Rally World Championship, further raising the stakes.