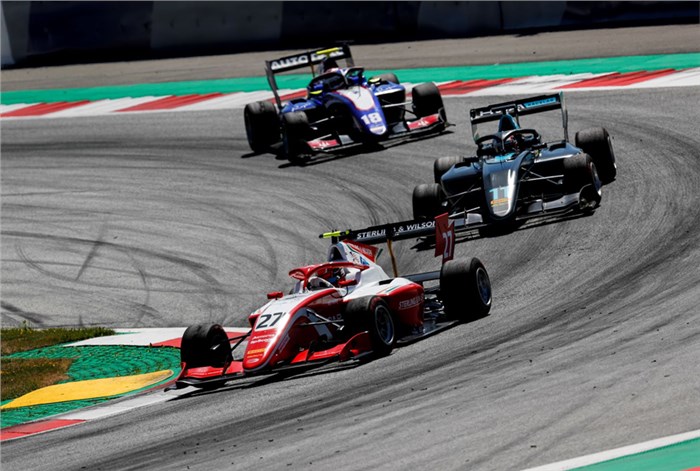 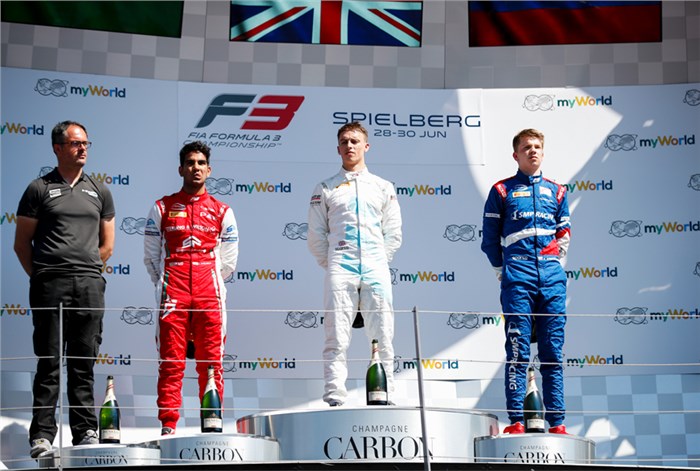 Jehan Daruvala enjoyed a strong showing at Round 3 of the 2019 FIA Formula 3 championship, clinching 2nd place in a dramatic Race 2 at the Red Bull Ring in Austria. He had to fight his way up the order but was also aided by his Prema Racing teammate Robert Shwartzman receiving a penalty for causing a collision with yet another Prema driver – Marcus Armstrong.

The Indian racer had to start the race from 5th on the grid under reverse grid rules but was passed by both, Jüri Vips and Richard Verschoor, at the start and dropped to 7th as a result. He was later able to pass Verschoor to move up to 6th and then set about trying to overtake polesitter Lirim Zendeli ahead of him. However, he ran wide as he tried passing Zendeli and both drivers ended up being overtaken by Leonardo Pulcini.

However, Daruvala managed to recover lost ground and pass both Pulcini and Zendeli. He then moved up to 4th after overtaking Max Fewtrell on lap 19 of 24. Meanwhile, out at front his teammates Shwartzman and Armstrong were battling it out for the lead. On the very last lap, the two ended up making contact as Shwartzman nicked Armstrong’s rear tyre, sending the latter onto the gravel. As a result of the incident, Armstrong dropped to 19th with a puncture. Shwartzman was able to cross the chequered flag in 1st place but was handed a 5sec penalty for the collision, dropping him to 3rd and thereby handing the race win to Jake Hughes and promoting Daruvala to 2nd place.

Overall, Daruvala walks away from round 3 of the championship with a healthy tally of points, having finished Race 1 in 4th place. With it being a tight-knit pack out at front, giving the front-runners DRS advantage, there wasn’t much he could do to gain position. He tried to overtake Armstrong down the inside at Turn 4 on the final lap but couldn’t find a way past. Jüri Vips ended up winning the race ahead of Max Fewtrell and Armstrong.

Daruvala continues to hold on to 2nd place in the overall standings but has now closed his gap from championship leader Shwartzman down to 8 points.