Marquez drops to 4th in the championship standings after crashing out of the lead. 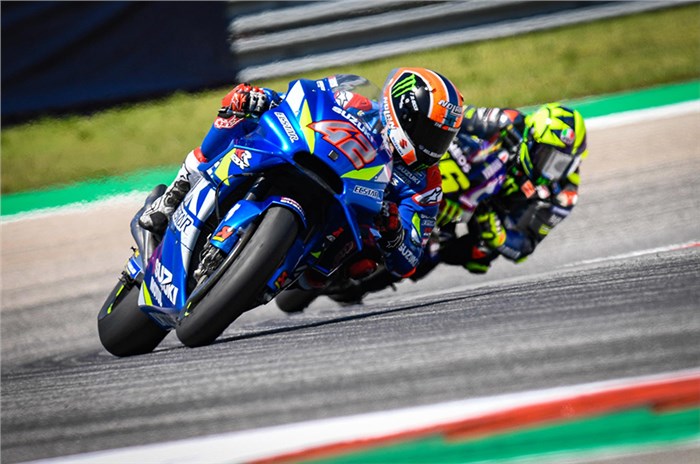 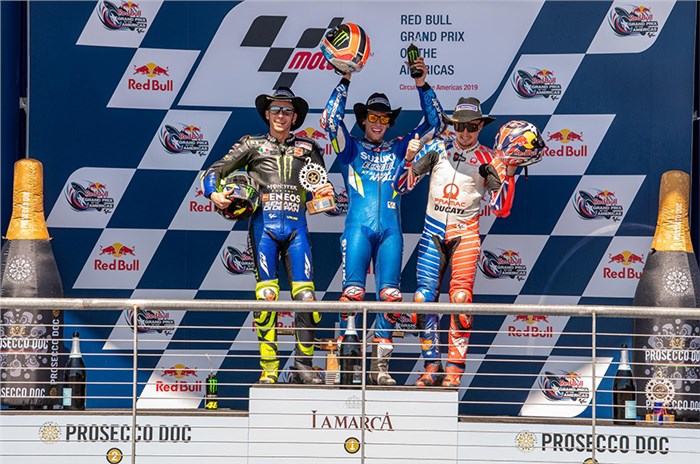 Suzuki Ecstar’s Alex Rins took a surprising win at the Circuit of the Americas, defeating Rossi to score his first-ever premiere class victory, and Suzuki’s first MotoGP victory since the 2016 British GP.

It may have been just the third race of the 2019 season, but the Grand Prix of the Americas could go down as a big turning point this season, with reigning champion Marc Marquez crashing out of the lead of the race – a costly error that sees him fall from the top of the championship standings to 4th. Going into the weekend, Marquez looked well on course to clinch his seventh consecutive win at the Circuit of the Americas. Starting from pole position, the Repsol Honda rider began to pull away from the rest of the pack, and by lap 9 his lead had extended to over 3.0sec. However, he suffered a lowside at turn 12 on the same lap, and was unable to rejoin the race.

The incident handed Rossi the lead, with Alex Rins following closely behind. The Yamaha rider managed to hold off advances from Rins, but the latter managed to slip past with less than four laps to go. Rossi tried to retake the position, but never got close enough to successfully pull off a move.

Eight seconds behind the lead pair was Pramac Ducati's Jack Miller who managed to hold off factory Ducati rider Andrea Dovizioso. After starting from 13th on the grid, Dovizioso managed to pull off an impressive recovery to finish 4th, handing him enough points to now lead the championship.

The teammates of the top two riders – Yamaha’s Maverick Vinales and Suzuki’s Joan Mir both – picked up ride-through penalties for jump starts, which relegated them down the order. Starting from 6th and 7th on the grid, respectively, both riders were strong contenders for a top-5 finish. Vinales managed to finish in 11th, despite mistakenly serving both the ‘Long Lap’ penalty in addition to the ride-through penalty.

Marquez’s crash was not the only gaffe in Honda’s weekend. His teammate, Jorge Lorenzo, faced technical difficulties and was forced to retire while battling for a spot in the top 10. LCR Honda’s Cal Crutchlow started on the front row in 3rd place, but a crash on lap 5 brought his chances of a podium finish to an end. His teammate Taka Nakagami was the only Honda-powered rider to cross the finish line in 10th place.