2019 ARRC: Rajiv Sethu secures points finish for Honda in Round 3 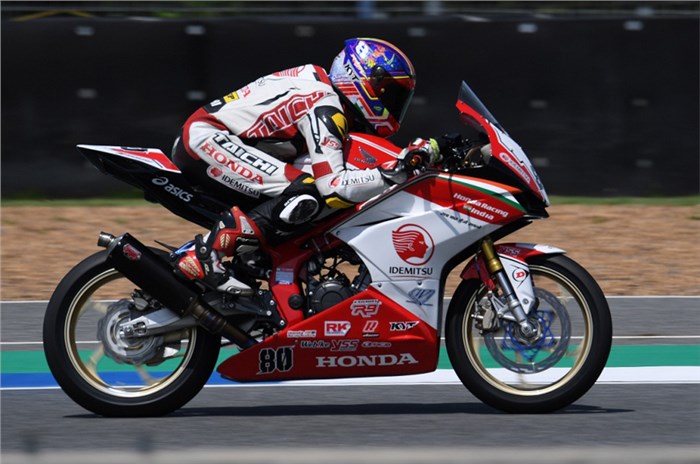 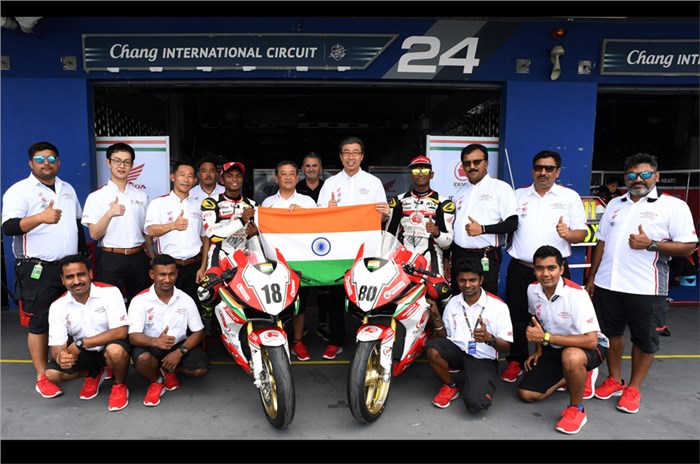 The Idemitsu Honda Racing India team encountered a challenging Round 3 of the 2019 Asia Road Racing Championship (ARRC) at the Chang International Circuit in Buriram, Thailand. Nevertheless, the team walked away with a total of four points added to its tally.

Rajiv Sethu enjoyed a strong start to the weekend after securing his best-ever ARRC qualifying result of 7th place for the first race. This also made him the first Indian rider to qualify in the top seven in the Asia Production 250cc (AP250) class. Unfortunately, the race wasn’t as successful for Sethu, as a poor start saw him lose 14 positions and drop down to 21st place. He’d managed to climb up to 10th place when he crashed at Turn 3 after suffering a high-side. The bike suffered some minor damage, but he was able to continue and finish the race in 22nd place.

In Race 2, Sethu overtook two riders at the start itself to move up to 5th place. However, he was forced to take evasive action and exceed the track limits, as Indonesian rider Rafid Topan Sucipto crashed on Lap 6, dropping him to 10th place as a result. He ultimately finished the race in 12th place to secure four points.

“Today, I raced my best out of my 24 ARRC races in three years. For the first time, I fought in top five in two laps and I had my maiden opportunity to taste the front bunch of AP250. Overall, I learnt a lot in the Thai round and will be using this experience going forward. Last year, after my wrist fracture, I couldn’t race well in Japan. This year I will surely benefit from my experience in Suzuka 4-Hour Endurance race next weekend and will apply the learning in upcoming June end round in Suzuka,” said Sethu after Race 2.

His teammate Senthil Kumar was unable to score points in either race – finishing Race 1 in 18th place and Race 2 in 20th place.

After Round 3, Idemitsu Honda Racing India has lost a place to Honda Racing Vietnam in the teams’ championship and now stands 7th overall. The next round of the series will take place on June 28-30, at the Suzuka Circuit in Japan.