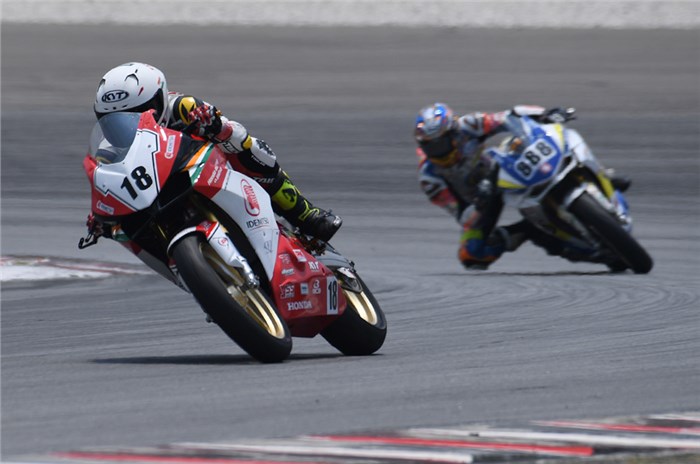 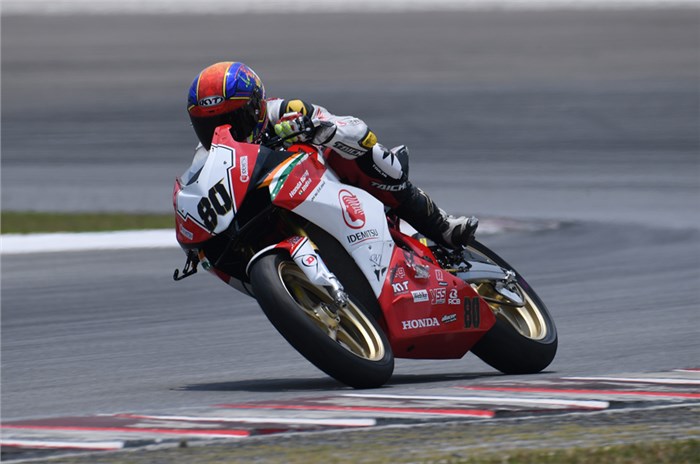 The 2019 season of the Asia Road Racing Championship (ARRC) kicked off with Round 1 held at the Sepang International Circuit in Malaysia. It proved to be a fruitful season opener for Idemitsu Honda Racing India, with the team grabbing 10 points in the Asia Production 250cc (AP250) class.

Rajiv Sethu recorded his best ever AP250 class finish, claiming 11th place in the first race. Starting from 14th on the grid, he enjoyed a good start, but had to drop back to dodge the riders that crashed in front of him. He managed to overtake two riders on lap 4 to climb up to 11th place and held on to that position.

The second race ended up being more challenging for Sethu; despite making his way up to 5th place initially, he dropped down to the back of the pack after sustaining some damage when Irfan Ardiansyah and Rafid Topan crashed in front of him. He eventually recovered to complete the race in 13th place.

“This weekend I really gave it my all. Today I was totally focused, as I wanted to be in the top bunch right from the start. While I could do that, I couldn’t save myself from theIndonesian riders' crash before me. My machine had minor problem from the crash impact, but I wanted to finish the race,” said Sethu after the second race.

“Yes, I could gain more points for India and my team today but I feel disappointed that I couldn’t close in top 10. Going back to India, the challenge I have is to achieve this in the April round at Bend Motorsport Park.”

Meanwhile, Senthil Kumar managed to impress on his ARRC debut, climbing his way up from 17th on the grid, to finish the first race in 14th place – gaining three places on the first lap itself. This makes the 18-year-old the youngest Indian rider and first-ever Indian rookie to score a point in the ARRC.  However, he was unable to complete the second race after crashing out on the 6th lap.

“Today was a tough day. My target was to better my yesterday’s 14th finish. By 6th lap, I had already reached 13th spot but the miscalculation at the turn led to my crash. As a racer, my target is to do better and eye for top bunch in every race. So yes, today was been a little disappointing but there is a lot of learning in this too,” he said.

The team is now placed 6th (out of 15 teams) in the overall teams’ standings after the first round.