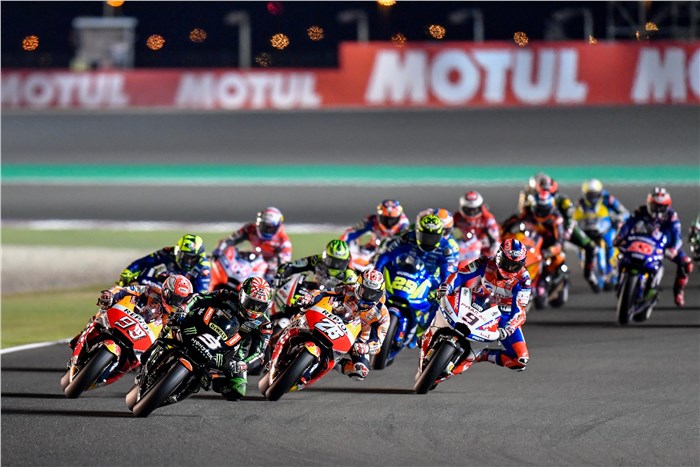 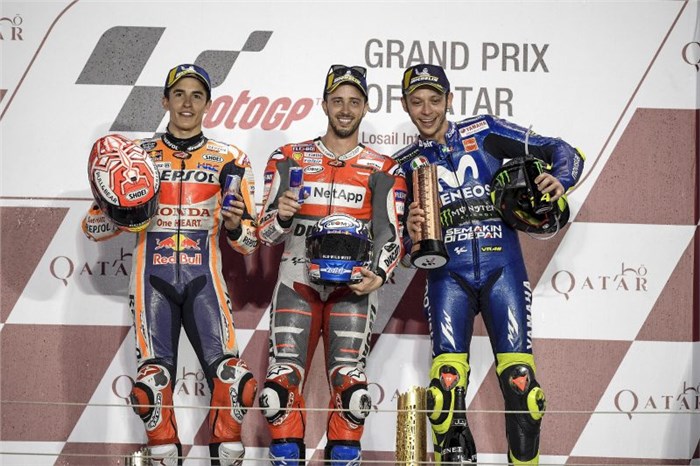 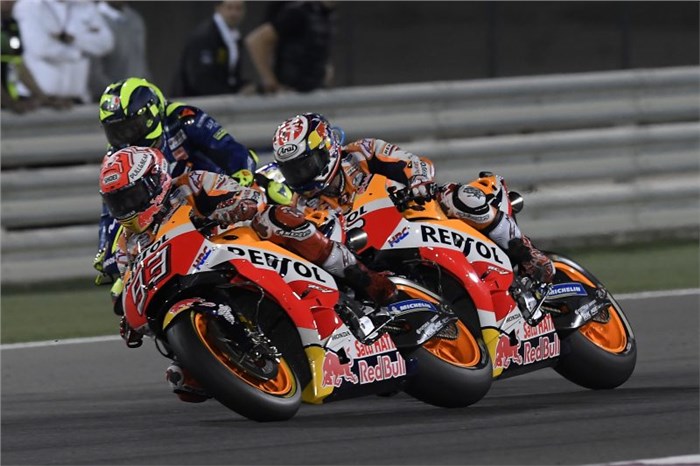 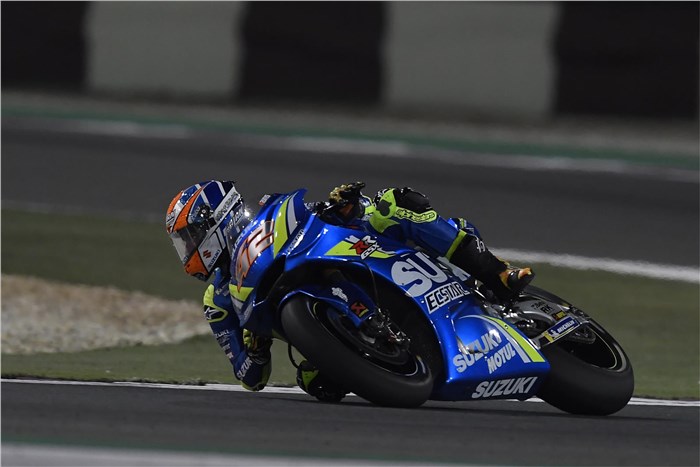 The atmosphere was filled with excitement and nervousness as the MotoGP riders parked their motorcycles on the starting grid of the Losail International Circuit. All the pre-season tests and millions of dollars splurged in R & D would be worthless if the bikes didn’t perform on race day (or night, in the case of Qatar). The 2018 season was pegged to be an interesting season and it sure didn’t disappoint as Johann Zarco smashed Jorge Lorenzo’s 10-year-old lap record to grab pole position and was followed closely by Marc Marquez and Danillo Petrucci. Two satellite riders on the front row? Bet, you didn’t see that coming.

As the lights went off, Zarco tried his best to keep a ramping Marquez at bay as they entered the first corner of the race to lead the Qatar GP. Dani Pedrosa and Valentino Rossi made amends for their poor qualifying performance as they were now up in third and fifth place, respectively. Zarco ran wide on the last corner of lap 1 and Marquez reacted swiftly to take the race lead. However, the Frenchman was quick to react and regained the race lead by outbraking the Repsol Honda rider as they entered C1. Andrea Dovizioso who had slid from fifth to ninth was making steady progress and was the fastest man on the track, which helped in to climb to seventh place. In lap 4 of the race, Pedrosa struggled with his Honda and that saw him slide from third to seventh place in a matter of few corners. Rossi was now looking good and closing in on fellow countryman Petrucci and his tactics worked as he took third place from him.

With 17 laps remaining in the race, Rossi managed to outbrake Marquez and made a clean pass to take second position. In the following laps, the MotoGP legend was trying his level best to overtake the Frenchman, but his Tech3 Yamaha drove better out of corners and it was frustrating Rossi. Down the grid, factory riders Jorge Lorenzo and Maverick Vinales were struggling in 11th and 12th positions, respectively.

The pecking order remained unchanged until lap 10 when Rossi ran wide in his pursuit of the race lead, this mistake proved costly as he dropped to fourth place behind Marquez and a resurgent Dovizioso. On the same lap, Alex Rins, who was running in sixth place lost the front of his Suzuki and crashed out, while Lorenzo’s front disc brake failed, which sent him crashing; gladly, both the riders walked away without serious injury. The top-three riders slowly started to run away from Rossi, who was giving it his all. With five laps remaining, Zarco’s pace started to dwindle as he struggled for grip with his front tyres and was swept by Dovizioso, Marquez and Rossi in a matter of a single lap.

The Ducati rider was posting fast laps, one after the other, to maintain some gap between himself and Marquez. The battle for the race lead went till the last lap, and Marquez was throwing the kitchen sink at Dovizioso. One could sense that the reigning champion wasn’t going to settle for second place and, as expected, Marquez tried to pass Dovi in the last corner of the race. The Italian rider cleverly let Marquez pass him, but the Honda rider ran wide and Dovizioso utilised the grunt of the Ducati to take the chequered flag by just 0.027sec.

Rossi took the final step on the rostrum and the Italian rider looked visibly happy with his performance as the Yamaha riders struggled a lot in the second-half of the 2017 season. As for Zarco, he finished in eighth position as he struggled with front tyre grip.

The first race of the 2018 season lived up to the hype. The next race will be held at Argentina in three weeks. Marc Marquez is the obvious favourite given the fact that he has won every MotoGP race held in Argentina, but, Dovizioso looks determined to end the winning streak.